Patents - Illumina, Inc and another v TDI Genetics Ltd and others 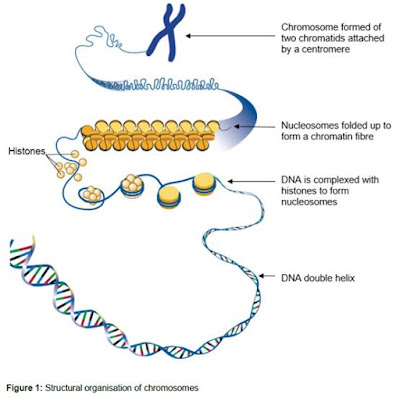 This was an action for patent infringement with a counterclaim for revocation on grounds of obviousness and insufficiency. The patent in suit was European patent EP1524321 for Non-invasive detection of fetal genetic traits which was granted to the second claimant. The first claimant was the second claimant's exclusive licensee.  The third defendant has developed a non-invasive prenatal test called "Harmony" which the first defendant offers to its patients.  The claimants allege that it infringes their patent.  The action and counterclaim came on before Mr Justice Arnold.

The Patent
The invention for which the patent was granted reads as follows:

Claim 1 of the patent claimed:

“A fraction of a sample of the blood plasma or serum of a pregnant woman in which, as the result of said sample having been submitted to a DNA extraction, followed by a size separation, of the extracellular DNA, the extracellular DNA present therein substantially consists of DNA consisting of 500 base pairs or less.”

One of the points made by the defendants was that the alleged invention was not an invention at all but just a discovery.  Discoveries as such are excluded from patentability by s.1 (2) (a) of the Patents Act 1977.  The defendants acknowledged that as the law then stood their contention could not succeed but they tried unsuccessfully to persuade his lordship to make findings of fact so that they could argue the point on appeal.

Obviousness
The defendants argued that the invention was obvious in the light of the following conference abstract  known as "Ikeda" which was published just before the 55th Annual Congress of the Japanese Society of Obstetrics and Gynaecology, that took place in Fukuoka, Japan between the 12 and 15 April 2003:

“Frequency at which foetal DNA is present in maternal plasma: Difference by fragment length

Objective: It has been reported that foetus-derived free DNA is present in maternal plasma, and this has been confirmed to be unmistakably true in our study as well. In this study, we hypothesised that there would be more short-length DNA fragments, because foetal DNA is degraded by DNAse in maternal plasma.

Method: Using plasma samples from 9 women pregnant with boys, at 30 to 39 weeks' gestation, DNA was extracted with QIAamp DNA Blood Kit manufactured by QIAGEN. Quantitative PCR was performed using Roche's LightCycler. Primers targeting beta-globin (amplicon sizes of 110 bp and 196 bp: SYBR Green method) were prepared to estimate the amount of maternal DNA. In order to estimate the amount of foetus-derived DNA, we created our own primers and probes targeting SRY (amplicon sizes of 114 bp and 186 bp: Probe hybridization method), which exists only as a single copy on the Y chromosome. By studying these 4 regions, we examined DNA copy number and the percentage of the foetus-derived DNA at around 110 bp and around 190 bp.

Conclusion: This study suggests the possibility that short-length DNA fragments are more prevalent. In the future, prenatal genetic diagnosis is likely to be carried out using foetus-derived DNA in maternal plasma, but it is possible that it will be more advantageous in terms of sensitivity and specificity to prepare PCR primers with the amplicon size as short as possible.”

Mr Justice Arnold noted at paragraph [191] of his judgment that the obviousness of claim 1 would depend on how the skilled addressee would read Ikeda. The "Conclusion" of Ikeda is that short foetal DNA fragments may be more prevalent in maternal plasma than longer foetal DNA fragments. By itself, that is a long way from claim 1.  The Defendants focused on the first sentence of the "Results" section and contended that that skilled team would understand that the percentages were expressed by reference to different denominators, namely the total amount of DNA of about 110 bp and above in the first case (19.6%) and the total amount of DNA of 190 bp and above in the second case (9.8%). Alternatively, the skilled team would realize that there were two possible interpretations of the abstract. The judge summarized their case at [154]:

The judge was unpersuaded. There was nothing in the abstract to suggest that different denominators had been used or a size difference between foetal DNA and maternal DNA. He considered the defendants' alternative case that the "Results" would prompt further analysis but reached the same conclusion that "what Ikeda discloses is that short foetal DNA fragments may be more prevalent in maternal plasma than longer foetal DNA fragments."  Accordingly, the patent in suit was not invalid for obviousness over Ikeda.

Insufficiency
S.14 (3) of the Patents Act 1977 requires an applicant for a patent to "disclose the invention in a manner which is clear enough and complete enough for the invention to be performed by a person skilled in the art." Mr Justice Arnold referred to the following test which was approved by the Court if Aooeak n  Novartis AG and another v Johnson & Johnson Medical Ltd and others  [2010] EWCA Civ 1039, (2011) 118 BMLR 15, [2011] ECC 10 at paragraph [74]:

"Can the skilled person readily perform the invention over the whole area claimed without undue burden and without needing inventive skill".

He also referred to Lord Justice Kitchin's review of the law of insufficiency n Regeneron Pharmaceuticals, Inc v Kymab Ltd and another [2018] EWCA Civ 671, between paragraphs [208] and [249].

The defendants argued that the patent contradicted what was already known about the size distribution of foetal cell-free DNA compared to that of maternal cell-free DNA and therefore the invention would not work. Alternatively, because there is only a small size difference between foetal and maternal DNA, removal of circulatory extracellular DNA above 500 bp from a plasma or serum sample achieves very little and certainly does not represent a generally applicable means of obtaining a technically useful class of product. Finally, they submitted that argue that that gives rise to a squeeze between construction (and hence infringement) and insufficiency. Either the claims are construed as requiring a 2.0-fold enrichment of foetal DNA or else they are insufficient because their scope is broader than the technical contribution in fact made by the patent.

The judge could see no basis for a squeeze.  He did not accept that the claims are broader than is justified by the technical contribution made by the patent. In his view, the patent disclosed a general principle of technical utility, namely that the foetal cell-free DNA in maternal plasma or serum can be enriched by size separation at 500 bp. The breadth of the claims is commensurate with that technical contribution. He rejected the complaint that the claims were overbroad resulting in the possibility that the invention might not always work  As he put it: "The fact that on very rare occasions the invention is of no practical benefit does not detract from the fact that in the vast majority of cases it is of technical utility."  His lordship rejected the insufficiency objection.

Infringement
The judge observed at paragraph [108] that it was common ground that claim 1 should be given a purposive construction.  He set out his findings in paragraphs 108] to [115].  Having construed that claim he dealt with the question whether the Harmony test infringed shortly at  [246]:

"The Harmony Test includes a size-separation step as a result of which the extracellular DNA in plasma samples substantially consists of DNA consisting of 500 base pairs or less. The only issue argued by the Defendants on infringement was based on the 2.0-fold enrichment construction which I have dealt with in paragraphs 112-113 above. It was common ground that the size-separation results, on average, in enrichment of the proportion of foetal cell-free DNA present in the sample. The average extent of the enrichment is agreed, but confidential. There is no need for me to set out the precise figure in this judgment, but it is less than 2.0. The Defendants contend that a substantial part of the enrichment is due to the removal of contaminating maternal DNA released by cell lysis. It is common ground that some of the enrichment is due to this. Prof Lovett gave unchallenged evidence that about 1/6 of the enrichment was attributable to this effect having regard to the method of centrifugation employed. Prof Thierry suggested that an additional, albeit secondary, contributing factor was agitation of the samples, but it was not shown that this made a greater difference than Prof Lovett estimated. In my judgment the fact that a minor proportion of the enrichment is due to removal of contaminating maternal DNA is irrelevant to the issue of infringement. As I have construed claim 1, TDL has infringed it."

Mr Justice Arnold concluded at paragraph [247] that the patent was valid and infringed.