Showing posts from 2010
Show All

December 21, 2010
I am grateful to Mr John Rogers for bringing Media CAT Ltd. v Billington [2010] EWPCC 18 (17 Dec 2010) to my attention. It appears that Judge Birss QC and his clerk reviewed all the cases in his list and found 13 more that had been brought by Media CAT in September and October plus another 14 in November. All involve similar issues to the cases I mentioned in my case note of 12 Dec 2010. Many of them consist only of a claim form and particulars of claim . At least one defendant seems not to be without a response pack. The judge has listed all those cases for directions at a hearing to take place on 17 Jan 2011 of his own motion under CPR 3.3 (1) and (4). II should be interested to know what Media CAT's solicitors have to say about it. The Bar provides pro bono advice and representation through the Bar Pro Bono Unit . Anyone affected should have a word with his local CAB, law centre or MP first. I am sure most IP chambers would be glad to take referrals from the Unit. We ce
Post a Comment
Read more

December 18, 2010
An interesting little domain name case that is curious in several respects: first, that it was brought in the courts at all rather than before an administrative panel appointed by one of the UDRP (Uniform Domain Name Dispute Resolution Policy) dispute resolution service providers ; secondly, that it was brought in England when none of the parties appears to have anything to do with England, thirdly, that it was brought in the Technology and Construction Court which is part of the Queen’s Bench Division rather than the Chancery Division or even the Patents County Court; and fourthly, the claimant’s cause of action. The Facts In Lifestyle Management Ltd. v Frater [2010] EWHC 3258 (TCC) (10 Dec 2010) the claimants were companies registered in Kenya and the British Virgin Islands while the defendant was in Scotland. The claimants have a website at www.offshorelsm.com which indicates that they provide services “for the international investor and the professional expatriate”. Their tradi
Post a Comment
Read more

Practice: Media CAT Ltd. v A and others

December 12, 2010
I n Media C.A.T. Ltd. v A and others [2010] EWPCC 17, His Honour Judge Birss QC had 8 requests for judgment. The particulars of claim in each case alleged that: "The defendant, someone authorised by him to use his internet connection, or someone who gained access to the defendant's internet connection due to the router to that connections having no or no adequate security was at all material times a user of the peer-to-peer file sharing software known as BitTorrent 6.1.2 which allows the user to share digital media content files on a network with other users." The relief sought in the requests for judgment included "a permanent injunction pursuant to the inherent jurisdiction of the Court; ordering the defendant to take reasonable steps to safeguard their internet connection being used, either through the defendant's personal computer and/or third parties taking advantage of the defendant's unsecured wireless connection to repeat the infringement of the cla
2 comments
Read more

December 04, 2010
According to the knowledgebase of its website TVCatchup is an “internet television platform” which enables subscribers to watch live television on a computer or mobile device from anywhere in the UK. In ITV Broadcasting Ltd and Others v TV Catch Up Ltd [2010] EWHC 3063 (Ch) (25 Nov 2010) Mr. Justice Kitchin described that company’s activities at paragraphs [3] to [4] of his judgment as follows: “3. The defendant operates a website at www.tvcatchup.com which allows members of the public to watch live UK television, including the claimants' channels, on their computers, iPhones and games consoles. Any member of the public wishing to access the service must first become a member. He can then select one of over 50 channels by pressing on the appropriate icon, whereupon he is taken to a new screen on which the defendant provides a stream of the programme being broadcast on that channel. There is a slight delay before the member sees the programme because the defendant first shows on
Post a Comment
Read more

Copyright Licensing: The Newspaper Licensing Agency Ltd and Others v Meltwater Holding BV and Others

November 28, 2010
In The Newspaper Licensing Agency Ltd and Others v Meltwater Holding BV and Others [2010] EWHC 3099 (Ch) (26 Nov 2010) Mrs. Justice Proudman had to decide whether the customers of a commercial media monitoring service needed a licence from the copyright licensing agency of the British newspaper industry to receive emailed reports containing data that had been extracted by the monitoring service from the websites of British newspapers. The parties to this action were · the leading British newspaper publishers and the Newspaper Licensing Agency , their copyright licensing agency ( “the publishers” ); · Meltwater Holding BV and its British subsidiary the companies providing newspaper monitoring service ( “Meltwater” ) and · the trade association of the companies that used Meltwater’s services ( “the end-users” ). By this action, the publishers sought a declaration that the end-users require a licence or consent from the publ
3 comments
Read more 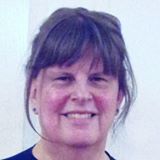 Jane Lambert Revised 27 Oct 2017 This appeal was a rare inventor’s compensation case. S.7 (2) (a) of the Patents Act 1977 provides that a patent for an invention may be granted primarily to the inventor or joint inventors. However, this provision is trumped by paragraph (b) where a person by virtue of any enactment or rule of law or by virtue of an enforceable term of any agreement entered into with the inventor before the making of the invention was at the time of the making of the invention entitled to the whole of the property in it (other than equitable interests) in the United Kingdom. Such a person would typically be the inventor’s employer either by virtue of an express term in the inventor’s contract of employment or s.39 of the Patents Act 1977. If the inventor is employed in a capacity in which he or she is likely to invent something such as a member of a research and development team in a private company or other institution he or she will be paid a
Post a Comment
Read more

November 27, 2010
Save that the claimant is a well-known fashion designer, Westwood v Knight [2010] EWPCC 16 (19 Nov 2010) is a bog standard case management conference in a trade mark and copyright infringement and passing off claim. The reason why this case deserves attention is that the Judge gave some useful guidance on the following issues Directions for transfer to the Patents County Court Skeleton arguments at the CMC Pleadings Statements of truth, and Evidence. Directions on Transfer This case had started life in the Chancery Division just before the long vacation and was transferred to the Patents County Court on 1 Oct 2010, the day that the new Patent County Court rules came into force. On the order for transfer the master had directed a CMC on the first open day after 22 Oct 2010. The judge commended that order as “a useful thing to do since it ensured that the matter came before the Patents County Court for directions at an early stage after transfer.” Skeleton Argument In this
Post a Comment
Read more

November 16, 2010
A super injunction is one in which an anonymized applicant is granted an injunction restraining an anonymized respondent from doing specified but unpublishable things and further restraining the respondent and others from publishing the fact that the injunction had been sought and obtained. In Ntuli v Donald [2010] EWCA Civ 1276 (16 Nov 2010) the appellant Adakini Ntuli sought to overturn an order by Mr. Justice Eady restraining her from publishing, using or disclosing scheduled categories of confidential information, the existence of the proceedings or the identity of the parties. The information itself concerned details of the Ntuli's personal relationship with Howard Donald of "Take That". After their relationship came to an end, Ntuli sent Donald the following text: "Why shud I continue 2 suffer financially 4 the sake of loyalty when selling my story will sort my life out?" She then engaged the publicist Max Clifford whereupon Donald applied to Mr. Just
Post a Comment
Read more

November 13, 2010
This is a very useful authority for the following points: the jurisdiction of the Patents County Court in trade mark infringement and passing-off claims;  the basis for assessment of damages for trade mark infringement and passing-off;  the basis to be applied where there is no loss of a sale; and  the procedure to be followed when the damages awarded exceed the limitation in the claim form.  Background In National Guild of Removers & Storers Ltd v Silveria (t/a C S Movers ) [2010] EWPCC 15 (12 Nov 2010) the claimant was a trade association for a number of businesses in the removal and storage industry. The claimant owned a number of trade marks which it allowed its members to print on their stationery and advertisements. Members were required to pay an annual subscription, to follow a code of practice and comply with awards of the association ombudsmen. Members who left the claimant association were obliged to remove the trade marks from their advertisements and station
Post a Comment
Read more

November 13, 2010
Abbott Laboratories Ltd v Medinol Ltd [2010] EWHC 2865 (Pat) (12 Nov 2010) was a claim for a declaration of non-infringement and revocation of three European patents for cardiac stents and a counterclaim for infringement. The patents were derived from a US patent. The corresponding European patent had been divided into a number of divisional patents. These had been the subject of opposition proceedings in the European Patent Office. The Opposition Division had revoked two of the grants though the decision was under appeal. There had also been proceedings in respect of the same patents in Germany and the Netherlands which resulted in findings of non-infringement. There are shortly to be similar proceedings in Dublin. The claimant attacked the patents for want of novelty and inventiveness, added matter and insufficiency. The judge, Mr. Justice Arnold, found that one of the patents had been anticipated but that the others were valid (or, in the case of one patent) would be valid. He al
Post a Comment
Read more
More posts