Showing posts from November, 2012
Show All

November 18, 2012
Last Christmastide I blogged HH Judge Pelling's decision in  Bailey and another v Graham and Others [2011] EWHC 3098 (Ch) (25 Nov 2011) in "Is there any IP in Recipes? Reflections on the Reggae Reggae Case" 5 Jan 2012. I shall return to the theme this Christmastide to blog the appeal (or rather application for permission to appeal) in Bailey and Another v Graham (aka "Levi Roots") and Others [2012] EWCA Civ 1469. This application came on before Sir Andrew Moritt, Chancellor and Lord Justices Longmore and Davis on the 16 Nov 2012.

The first defendant Keith Valentine Graham is best known to the public as Levi Roots,  He appeared on the TV programme "Dragons Den" to promote his jerk sauce where he attracted £50,000 of investment.  Upon the insistence of his backers he incorporated the third defendant, Roots Reggae Reggae Sauce Ltd, which in turn licensed  G Costa & Co Ltd to make and distribute his sauce in accordance with his recipe,  He has not loo…
1 comment
Read more 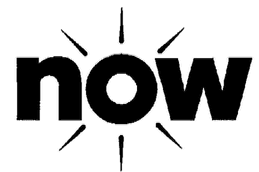 In Starbucks (HK) Ltd and Others v British Sky Broadcasting Group Plc and Others [2012] EWHC 3074 (Ch) (2 Nov 2012) a group of Hong Kong-based broadcasting, media and telecommunications companies headed by PCCW Ltd. ("PCCW") sued the well-known group of broadcasting and telecommunications companies that operate under the Sky signfor infringement of Starbruck (HK) Ltd's Community trade mark number 4504891 and passing off.

The CTM was as follows: 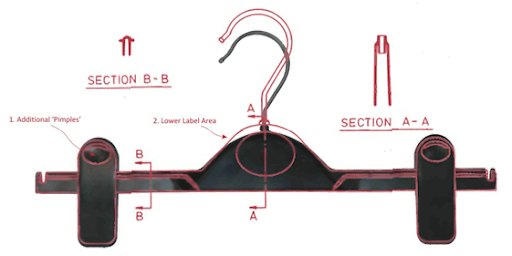 Two actions came before before Mr. Recorder Purvis in Mainetti (UK) Ltd v Hangerlogic UK Limited [2012] EWPCC 42:
a claim by Mainetti (UK) Limited ("Mainetti") that Hangerlogic UK Limited ("Hangerlogic") had infringed its three registered designs for various clothes hangers and a counterclaim by Hangerlogic for the revocation of those design registrations: anda. claim by Hangerlogic for a declaration that a modified range of garment hangers did not infringe Mainetti's registered designs and a counterclaim by Mainetti for infringement.of those registered designs. The recorder found for Mainetti in both sets of proceedings.
The Registered Designs Mainetti's design registrations were as follows: Design number 2080944 for a garment hanger registered as of 5 Feb 1999: a 'clip hanger' used to suspend trousers, shorts and skirts from two clips ("the clip design");Design number 2060713 for a garment hanger registered as of 7 Nov 1996: a hanger used f…
Post a comment
Read more

November 02, 2012
In Apple v Samsung: the Appeal  I discussed the notice that Apple was ordered to display on its British website and the words that it actually displayed.  Many people I spoke to (especially those who own Apple phones and tablets) thought that notice was very clever and marvelled at the spin that Apple had put on bad news.   It appears from "Apple ordered to re-write 'inaccurate' Samsung statement"  that the Court of Appeal took a different view and ordered Apple to take the notice down and replace it with one that does comply with their lordships' intentions.

Apparently Apple's counsel asked the Court for 14 days to compose its new notice.  That seems to have gone down like a lead balloon,    Lord Justice Longmore replied:: "We are just amazed that you cannot put the right notice up at the same time as you take the other one down."  Sir Robin Jacob, added: "I would like to see the head of Apple make an affidavit about why that is such a technic…
1 comment
Read more
More posts