Showing posts from September, 2020
Show All

Geographical Indications in the UK after 31 Dec 2020

Source DEFRA   Licence Open Government Licence Jane Lambert As the United Kingdom is a member of the World Trade Organization, Her Majesty's Government is required to protect geographical indications by Section 3  of the  Agreement on Trade-Related Aspects of Intellectual Property Rights ("TRIPS") .  Until the end of 2020, those obligations will continue to be discharged on the United Kingdon's behalf by the European Union pursuant to art 127 (1) of the  Agreement on the withdrawal of the United Kingdom of Great Britain and Northern Ireland from the European Union and the European Atomic Energy Community ("the withdrawal agreement").   The arrangements by which the obligations are discharged at present are described in the following DEFRA guidance note, EU protected food names: how to register food or drink products   22 May 2015 and summarized in my article Geographical Indications - "If it's outside Yorkshire it's not worth ..................!
Post a Comment
Read more 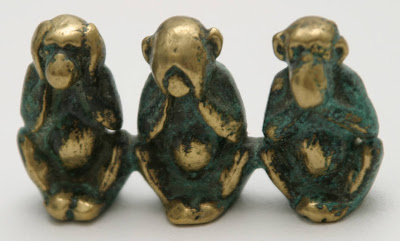 Fair, Reasonable and Non-Discriminatory Photographer T umi-1983   Jane Lambert Chancery Division (Mr Justice Mann)  Koninklijke Philips NV v Tinno Mobile Technology Corporation and others [2020] EWHC 2553 (Ch) (25 Sept 2020) This was an application and cross-application in a patent infringement case.  Koninklijke Philips NV ("Phillips") claimed that the TCL Corporation and four of its subsidiaries ("TCL") had infringed two of its patents in complying with an ETSI standard for 3G and 4G phones.  At first, TCL denied infringement, challenged the essentiality and validity of the patents and the jurisdiction of the court. Later it declared itself willing to take a licence on FRAND terms and applied to the French courts to determine them. Phillips tried unsuccessfully to persuade the French court to stay the proceedings in France to allow its claim in  England to proceed.  By a decision dated 6 Feb 2020 ( Ordonnance du Juge de la Mise en État ), the French procedural j
Post a Comment
Read more

Jane Lambert   Patents Court (Mr Justice Marcus Smith) Thaler v The Comptroller-General of Patents, Designs and Trade Marks [2020] EWHC 2412 (Pat) (21 Sept 2020) DABUS was described by its owner, Dr Stephen Thaler, "as a type of 'Creativity Machine'".  I have mentioned it before in Artificial Intelligence - The DABUS Inventions   19 Feb 2020 and Artificial Intelligence and Intellectual Property   27 Dec 2019 NIPC News.  Dr Thaler claims that his machine has invented a Food Container  and Devices and methods for obtaining advanced attention .  Applications for patents for those inventions have been filed in the United Kingdom, the United States and the European Patent Office.  All three applications have been rejected on the grounds that an inventor must be a human being under the laws of the United Kingdom and the United States and the European Patent Treaty, In Britain, Dr Thaler appealed to the Comptroller and his appeal was heard by Mr Huw Jones (see Re Stephen Th
Post a Comment
Read more 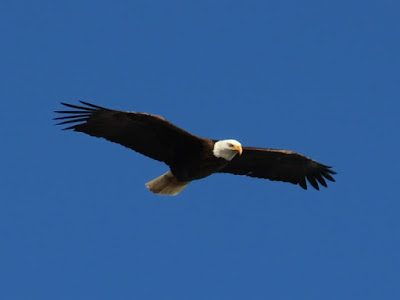 Author  Loadmaster (David R. Tribble) Licence  CC BY-SA 4.0 , Source Wikimedia Jane Lambert Chancery Division (Mr Justice Fanccourt) Sazerac Brands, LLC and others v Liverpool Gin Distillery Ltd and others [2020] EWHC 2424 (Ch) (10 Sept 2020) This was an action for the trade mark infringement and invalidation of the defendants registered mark and a counterclaim by the defendant for revocation of the claimant's marks for non-use. The action and counterclaim came on for trial before Mr Justice Fancourt on 14, 15 and 17 July 3020. The counterclaim was compromised in the course of the trial by the claimant's agreeing to the revocation of both their trade marks except for whiskey and bourbon whiskey.  There was also a claim for passing off but that was abandoned before the end of the trial.  In his judgment in  Sazerac Brands, LLC and others v Liverpool Gin Distillery Ltd and other s [2020] EWHC 2424 (Ch) which he delivered on 10 Sept 2020, Mr Justice Fancourt held that the cla
Post a Comment
Read more 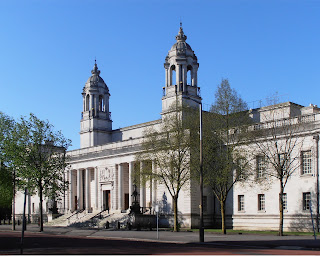 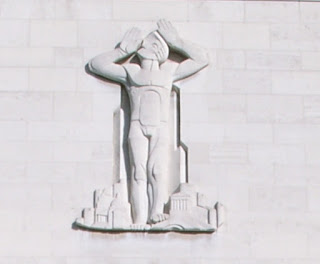 Author David Cane   Licence CC BY-SA 2,0   Source Wikipedia   Jane Lambert Intellectual Property Enterprise Court (HH Judge Melissa Clarke)    DPA (London) Ltd v D'Aguanno and others [2020] EWHC 2374 (IPEC) (3 Sept 2020) This was an action for copyright infringement and breach of contract brought by a firm of architects against two of its former architectural designers and the company that those designers had set up after they stopped working for the claimant. It is not clear when proceedings were issued but the first and second defendants left the claimant at the end of Dec 2019 and there was a case management conference before His Honour Judge Hacon on 4 March 2020.   The action was tried by Judge Melissa Clarke on 14 and 15 July 2020.  She handed down judgment on 3 Sept 2020. While working for the claimant the defendants produced architectural plans and drawings for a number of projects.  The first defendant, Andrea D'Aguanno also produced 3-dimensio
Post a Comment
Read more
More posts