Showing posts from August, 2015
Show All

Wilmslow versus the Bahamas: Dawson-Damer and Others v Taylor Wessing and Others

Bahamas Source Wikipedia Reproduced under a Creative Commons Licence Probably because it implements an EU directive and costs small business owners money to support a bureaucracy in Wilmslow and is cited by petty officials as an excuse for all sorts of irritations the Data Protection Act 1998  is one of the least understood and most maligned and least appreciated Acts of Parliament on the statute book. It does have its used of course and I for one would keep but I suspect that I am in a minority. If Parliament were ever to repeal this legislation the population would breath a mighty and very audible sigh of relief. In  Dawson-Damer and Others v Taylor Wessing LLP and Others [2015] EWHC 2366 (Ch) (6 Aug 2015) the claimants in an action in the Bahamas over the administration of a trust sued solicitors who had advised the trustees of that trust in England for an order under s.7 (9) of the Data Protection Act 1998. The order that they sought would have required
Post a Comment
Read more 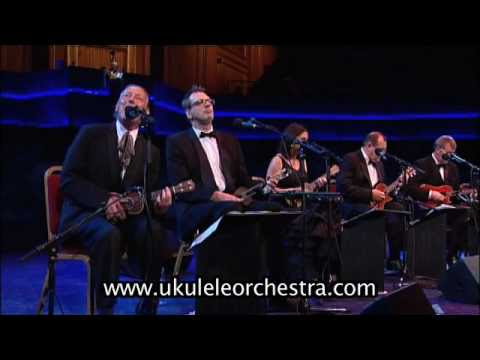 Although Judge Hacon's decision in  The Ukulele Orchestra of Great Britain v Clausen and Another  [2015] EWHC 1772 (IPEC)  was reported as a "victory" in the Independent ( The Ukulele Orchestra of Great Britain wins duel with German 'copycat' 3 July 2015) it was somewhat of the pyrrhic kind.   The Ukulele Orchestra of Great Britain  sued  The United Kingdom Ukulele Orchestra  for trade mark infringement, copyright infringement and passing off and applied to strike out the defence on the grounds of abuse of process less than two weeks before the trial. The claim succeeded on passing off but failed on all other counts. The claimants lost their Community trade mark and the judge saw no merit in the strike out application whatever. The case is an interesting one because it considers what can be protected by intellectual property. The parties were very similar acts.  The claimants' was described as follows by Judge Hacon at paragraph [1] pf his judgmenrt: "
Post a Comment
Read more

Right to be forgotten: a Transatlantic Dialogue

Jane Lambert On 12 June 2014  La Commission Nationale de l'Informatique et des Libertés (CNIL) . the French data protection authority, issued a notice requiring Google to apply de-listing from all platforms of its search engine such as Google Sierra Leone and Google Mongolia  and not just those like Google UK , Google  France and Google Deutschland that are marketed to residents of EU member states. In his post  Implementing a European, not global, right to be forgotten  30 July 2915 Google's privacy counsel Peter Flecischer stated that Google had refused to implement that notice and had asked the CNIL to withdraw it. It is possible that the CNIL will change its mind and do so but it is more likely that it won't.  In that case the President of the Commission could nominate a Rapporteur and ask him or her to draft a report recommending sanctions to be imposed on Google for such non-compliance. Google could of course challenge the CNIL's decisi
Post a Comment
Read more
More posts