Showing posts from July, 2011
Show All

Had Mr. Andrew Ainsworth started to make "imperial stormtrooper" helmets when Star Wars was first released instead of in 2004 it ought to have been possible to have stopped him. As Lord Walker observed in paragraph 2 of his judgment in Lucasfilm Ltd. and Others v Ainsworth and Another [2011] UKSC 39, Mr Lucas’s concept of the Imperial Stormtroopers as threatening characters in “fascist white-armoured suits” was given visual expression in drawings and paintings by an artist, Mr Ralph McQuarrie. Assuming that Mr. McQuarrie was a "qualified person" within the meaning of s.1 (5) of the Copyright Act 1956, copyright would have subsisted in his drawings and paintings as original artistic works for his life plus 50 years. Making helmets to his design would have infringed that copyright. Copyright Protection of Designs Treating copies of finished products as infringements of the copyright in the design or engineering drawings for those products even though the cop
Post a comment
Read more 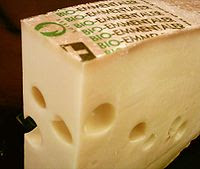 Ranbaxy (UK) Ltd. v AstraZeneca AB [2011] EWHC 1831 (Pat) (15 July 2011) raises an interesting point on the interpretation of claims. To be more precise "Swiss style claims". Swiss style claims get their name from the legal advice of the Swiss Federal Intellectual Property Office of 30 May 1984 (OJ EPO 581) on the patentability of compounds used in the manufacture of a medicine for the treatment of a disease. As Mr. Justice Kitchin explained between paragraphs [42] and [60] this convoluted form of words was devised to get around the exclusion by art 52 (4) of the European Patent Convention before its revision in 2000 of "methods for treatment of the human or animal body by surgery or therapy and diagnostic methods practised on the human or animal body." Lord Justice Jacob discussed Swiss style claims in some detail in Actavis UK Ltd v Merck & Co Inc [2008] EWCA Civ 444 (21 May 2008). The usual context in which Swiss style claims are considered is "seco
Post a comment
Read more

The Effect of the Legal Aid, Sentencing and Punishment of Offenders Bill on Intellectual Property Litigation

July 14, 2011
We have an adversarial system of civil litigation in England and Wales as do most other English speaking countries. In an adversarial system the parties choose the issues over which they wish to fight and produce the evidence that they want the tribunal to consider. By contrast, most of the rest of the world has an inquisitorial system where the tribunal leads an inquiry into the facts. Each system has its advantages and it is beyond the scope of this article to decide which is superior but one advantage of the inquisitorial system is that it is very much cheaper. In the New Patent County Court Rules , Why IP Yorkshire and many other articles as well as in my book Enforcing Intellectual Property Rights I referred to the IPAC report The Enforcement of Patent Rights that compared the costs of patent infringement litigation in France, Germany and the Netherlands in 2003 (between 10,000 and 50,000 euro) with the costs in England and Wales (£150,000 to £250,000 in the Patents County
Post a comment
Read more 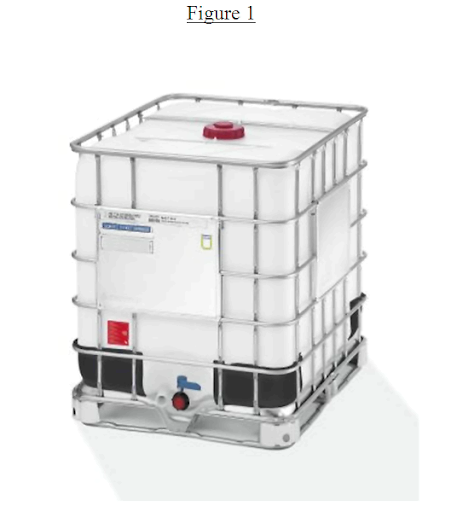 In my case note on Schütz (UK) Ltd v Werit (UK) Ltd [2011] EWCA Civ 303 (29 March 2011) of 2 April 2011 in this blog and in my note on Schutz (UK) Ltd and Another v Delta Containers Ltd and Another [2011] EWHC 1173 (Pat) (5 May 2011) in IP North West I referred to the practice of cross-bottling. That practice has already given rise to a patent infringement claim against Werit (UK) Ltd. ( "Werit" ) which Werit won at first instance but lost on appeal. What is "Cross Bottling" The bottles in question are 1,000 litre plastic bottles which are fitted into metal cages and mounted on pallets. The whole assembly is known as an IBC (intermediate bulk carrier) so called because it is smaller than a tanker but larger than a keg. The evolution of this technology was discussed in some detail by Mr. Justice Floyd in paragraphs 7 to 11 of his judgment in the Werit claim. A photo of the assembly appears below. For a time the whole assembly was made by the same ma
Post a comment
Read more

July 01, 2011
This is not something they teach in law schools. Much less is it advertised to clients. But in my experience and I daresay that of most other intellectual property practitioners many if not most disputes are resolved on procedural points rather than lofty principles of substantive law. Judge Birss QC's decision in Wuxi Suntech Power Co. Ltd. v Tittmann Solar GmbH [2011] EWPCC 17 (3 May 2011) is a case in point. This was an application under CPR 13.3 (1) to set aside or vary a default judgment entered by His Hon. Judge Fysh QC on 5 Aug 2010. That rule confers a discretion upon the court to set aside a default judgment if "the defendant has a real prospect of successfully defending the claim" or it appears to the court that there is some other good reason why the judgment should be set aside or varied or the defendant should be allowed to defend the claim. CPR 13.3 (2) further provides that in exercising its discretion "the matters to which the court must have re
Post a comment
Read more
More posts