Showing posts from March, 2022
Show All

Jane Lambert Patents Court (Mr Justice Mellor)  Teva Pharmaceutical Industries Ltd and another Bayer Healthcare LLC [2021] EWHC 2690 (Pat) (8 Oct 2021) This was an action for the revocation of  EP (UK) 2,305,255  under s.72 (1) (a)  of the Patents Act 1977: "Subject to the following provisions of this Act, the court or the comptroller may by order revoke a patent for an invention on the application of any person (including the proprietor of the patent) on (but only on) any of the following grounds, that is to say - (a) the invention is not a patentable invention;" An invention is not patentable unless it satisfies the requirements of s.1 (1) of the Patents Act 1977. Two of those requirements are novelty and involving an inventive step.  The Issues Teva Pharmaceutical Industries Ltd. and its British subsidiary, Teva UK Limited, ("Teva") brought these proceedings to clear the way to market a cancer treatment that would have infringed the patent. The action came on
Post a Comment
Read more 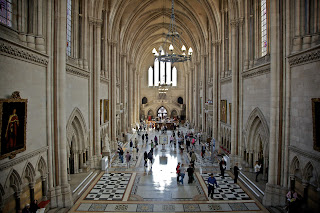 Author Aurelien Guichard   Licence  CC BY-SA 2.0   Source Wikimedia   Jane Lambert Intellectual Property Enterproise Court (HH Judge Hacon)  NAH Holdings Ltd and another KBF Enterprises Ltd and another [2022] EWHC 323 (IPEC) (16 Feb 2022) The latest definition of a trade mark is  "any sign which is capable-  (a) of being represented in the register in a manner which enables the registrar and other competent authorities and thepublic to determine the clear and precise subject matter of the protection afforded to the proprietor,and  (b) of distinguishing goods or services of one undertaking from those of other undertakings" (see s.1 (1) of the Trade Marks Act 1994  as amended).  One of the grounds for refusing registration of a sign as a trade mark is that it does not satisfy the requirements of that section. Unsurprisingly there are very few cases on that point but one in which it was raised was  NAH Holdings Ltd and another v KBF Enterprises Ltd and another [2022] EWHC 323
Post a Comment
Read more

Optis v Apple - Trial F: Whether an Implementor is bound to take a Licence on FRAND Terms before knowing what they are 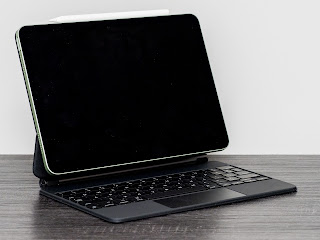 A uthor a jay_suresh   Licence CC BY 2.0   Source Wikimedia Commons   Jane Lambert Patents Court (Mr Justice Meade)  Optis Cellular Technology LLC and others v Apple Retail UK Ltd and others [2021] EWHC 2564 (Pat) (27 Sep 2021) This was one of a number of trials between Optis Cellular Technologies LLC, Cellular Wireless Technologies LLC and Unwired Planet International Limited ("Optis") of the one part and Apple Retail UK Ltd, Apple Distribution International Ltd and Apple Inc ("Apple") on the other.  Optis has alleged that Apple's iPhone, iPad and other 3G and 4G devices infringe 8 of its standard-essential patents ("SEP") when implementing an  ETSI (European Telecommunications Standards Institute ) standard.  The litigation addresses the following questions.  The first is whether certain patents that have been granted to Optis are essential for the implementation of the standard.  If they are, the second question is whether the patents are valid.
Post a Comment
Read more

Hague Union State, Party to 1960 Hague Act    Hague Union State, Parties to 1999 Geneva left;"    covered by Regional Economic Integration Organization (REIO), not separate member    Hague Union State, also covered by REIO Author L.tak   Licence CC BY-SA 4.0   Source Wikimedia Jane Lambert The Hague Agreement facilitates legal protection of industrial designs in multiple jurisdictions from a single application much in the way that the  Patent Cooperation Treaty  does for inventions and  Madrid  for brands.  It was concluded in 1925 but it had very few  members  until recently.  It first began to affect businesses in the United Kingdom in 2008 when the European Union joined the system.  The United Kingdom acceded in its own right on 13 June 2018.  Other countries that have joined since 2008 include Canada, Israel, Japan, Russia, South Korea, Turkey and the USA. There are now 76 states that are members of the Hague Union   The latest country to join is China which deposited it
Post a Comment
Read more 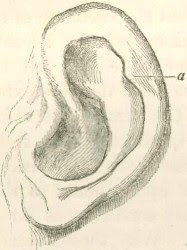 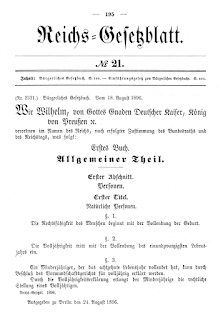 Jane Lambert Patents Court (Mr Justice Mellor) Abbott Laboratories Ltd v Dexcom In c. [2021] EWHC 2246 (Pat) (6 Aug 2021) This was an application for an order to expedite the trial of an action that Abbott Laboratories Ltd. ("Abbott") had begun 2 days earlier against Dexcom Inc ("Dexcom") for the revocation of 4 of Dexcom Inc's European patents. The reason for the action and application is that Dexcom had brought proceedings for the infringement of those patents in Germany.  The trials of those actions were likely to take place between early March and the end of April 2022. In Germany, unlike the United Kingdom, it is not possible to challenge the validity of a patent in infringement proceedings.  Alleged infringers who wish to challenge the validity of the patent they are alleged to have infringed must bring opposition proceedings in the European Patent Office under art 99 of the European Patent Convention or start separate revocation proceedings in Germany.
Post a Comment
Read more 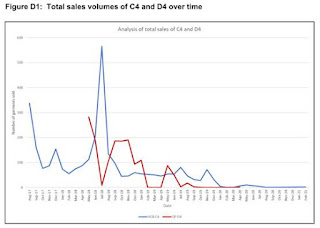 Jane Lambert Chancery Division (Mr David Stone) Original Beauty Technology Co. Ltd and others v G4K Fashion Ltd and others [2021] EWHC 3439 (Ch) (20 Dec2021) In  Original Beauty Technology and others v G4K Fashion Ltd and others [2021] EWHC 294 (Ch) (24 Feb 2021), Mr David Stone, sitting as a deputy judge of the High Court, held that the defendants had infringed some of the first claimant's unregistered design rights and unregistered Community designs by selling  bodycon and bandage  clothing that reproduced those designs but that they had not passed off their business as or for the claimants'. I discussed that judgment in Designs - Original Beauty Technology v G4K Fashion   on 25 June 2021. Pecuniary Remedies A party whose  intellectual property rights  are found to have been infringed is entitled to damages (compensation for the losses that it has suffered), or surrender of the profits that the infringer has gained, from the infringement but not both.  He or she is en
Post a Comment
Read more
More posts