Showing posts from June, 2011
Show All

Edged Out: Future Publishing v The Edge Interactive and Others

The last few years have seen the emergence of the "non-practising entity" ( "NPE" ). An NPE treats intellectual property not as a shield to protect investment in research and development, design, marketing or other intellectual assets but as an investment in its own right. As often as not an NPE uses its IP to extract royalties, licence fees or damages from alleged infringers. NPE have been a largely American phenomenon but there have been examples on this side of the Atlantic such as Media CAT Ltd. which I covered extensively this year (see Media CAT v Adams and Others - The End on 28 April 2011). This case is about another. The Parties In Future Publishing Ltd v The Edge Interactive Media Inc and Others [2011] EWHC 1489 (Ch) (13 June 2011), the claimant ( "Future" ) was a well-known publisher of computer gaming magazines with sales of approximately 3.6m magazines per month. Its publications include the magazine EDGE, which has been distributed i
Post a Comment
Read more

We have had quite a few reviews of intellectual property law recently. They include the following though I could have listed a number of others: Digital Britain Final Report in June 2009; Innovation Nation in March 2008; Gowers Review of Intellectual Property in Nov 2006; DTI Innovation Report – Competing in the Global Economy: the Innovation Challenge in Dec 2003; IPAC “The Enforcement of Patent Rights” in Nov 2003; IPAC “Patent Enforcement for SME and Lone Inventors – A System Failure” in Nov 2003; HM Treasury "Productivity in the UK: Enterprise and the Productivity Challenge" in June 2001; and William Kingston “Enforcing Small Firms’ Patent Rights ". Now we have “Digital Opportunity A Review of Intellectual Property and Growth” by Prof. Ian Hargreaves of T he Cardiff School of Journalism, Media and Cultural Studies . Does this report say anything that has not already been said before? In my view it does. As readers will see from my comments on Innovati
Post a Comment
Read more 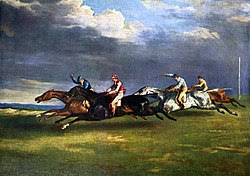 The reason I am writing about Araci v Fallon [2011] EWCA Civ 668 (4 June 2011) is that it is very rare indeed for the Court of Appeal to interfere with the exercise of a judge's discretion when considering an interim injunction application. As Lord Justice Jackson accepted at paragraph [64] the Court of Appeal only interferes with the judge's exercise of discretion in relation to an interim injunction in one of the exceptional situations described by Lord Diplock in Hadmor Productions v Hamilton [1983] I AC 191 at 196. However, his lordship took the view that this case fell into this category and Lord Justice Elias Agreed with him. The Facts The well known jockey Kieren Fallon ( "Mr. Fallon" ) had agreed in April to ride Native Khan which belongs to one Vefa Araci ( "Mr. Araci " ) in last week's Derby. Clause 6 of his agreement provided: "Jockey's Obligations 6.1 The Jockey and his agent(s) agrees that he shall: (a) Not ride for any ot
Post a Comment
Read more 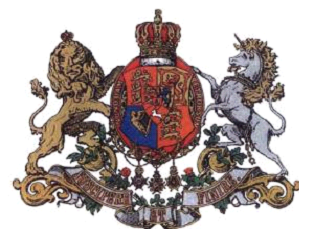 The challenge by the Prince of Hanover to the decision of the First Board of Appeal upholding the examiner's decision to dismiss the Prince's application to register his family coat of arms as a trade mark is a peach of a case. Unfortunately, the transcript of T-397/09 Prinz von Hannover v OHIM [2011] T-EUECJ 397/09 (25 May 2011) is in French. No English or even Anglophone judges or lawyers seem to have taken part. Before I go into the facts of the case it is worth reading the Wikipedia articles on the House of Hanover and the House of Windsor for some background. It will be seen that the link with Hanover was broken when Queen Victoria acceded to the throne. The royal family changed its name from Saxe-Coburg and Gotha to Windsor at height of the First World War - just about the time of the Bolshevik revolution in Russia. The current head of the House of Hanover is Ernst August V, Prince of Hanover , the third husband of Princess Caroline of Monaco . His Royal Highne
Post a Comment
Read more
More posts