Showing posts from February, 2013
Show All

Twentieth Century Fox v Harris - very interesting but what exactly was that case about? 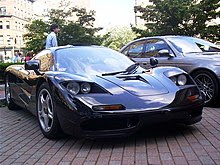 I have had this conversation several times since Mr. Justice Newey handed down his judgment in   Twentieth Century Fox Film Corp and Others v Harris and others [2013] EWHC 159 (Ch) (5 Feb 2013). As this is only an interim injunction application in an action that is still to be tried and as this judgment may be appealed it would not be right to for me to analyse it in a way that I would a case in which I had not been briefed..   However, as this was quite an unusual case. the judgment does need to be interpreted if it is to be understood.   So here are some FAQ style questions and answers. So what was this case all about? This was an application by members of the Motion Picture Association of America Inc , the trade association of the second largest film industry .in the world , for a proprietary injunction to restrain a Mr. David Harris and a number of companies with which he is connected from dealing with, or disposing of, a McLaren high performance sports
2 comments
Read more
More posts