Showing posts from July, 2017
Show All

Copyright: Primary Infringement - Communicating a Work to the Public

Copyright is defined by s.1 (1) of the Copyright, Designs and Patents Act 1988 ("the CDPA") as  "a property right" which subsists in accordance with Part I of the Act in original artistic, dramatic, literary and musical work, broadcasts, films and sound recordings and typography. A work in which copyright subsists is known as "a copyright work" pursuant to s.1 (2). The owner of a copyright in a copyright work has the exclusive right to do certain acts that are restricted to the copyright owner (see s.2 (1) CDPA). More importantly, the copyright owner has the exclusive right to prevent others from doing those acts which are often referred to as "restricted acts".

Can a business recover compensation if a state fails to protect its intellectual assets? The decision in Eli Lilly & Co. v Canada suggests "maybe". 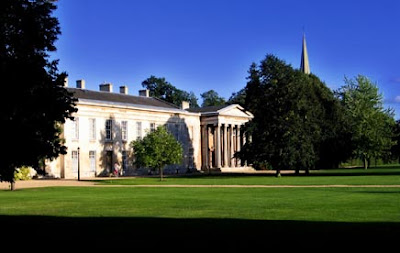 At 10:00 on 17 Aug 2017 I shall give a talk to the IP Summer School at Cambridge entitled Bilateral Investment Treaties & Exporters' Rights Post-Brexit.  If you want to hear it there is still space on the course.  There are lots of distinguished speakers who will speak on many other interesting topics. There will also be an exhibition, reception and other social events.  You can book your place here.

Why this is topical
The reason I have been asked to speak on the topic is that "securing new trading agreements with other countries" is one of the objectives announced in the Brexit white paper. Unfortunately, many of the countries that we might wish to approach are on the US Trade Representative's watch list or even its priority watch risk (see Office of the United States Trade Representative 2017 Special 301 Report). There are various reasons why countries are on those …
Post a comment
Read more

The Supreme Court's Judgment in Eli Lilly v Actavis UK Ltd and Others: how to understand it and why it is important

What the Appeal was about
The pharmaceutical company Eli Lilly and Co ("Lilly") has developed a drug called pemetrexed which it markets under the brand name Alimta for the treatment of various types of cancer. Used on its own, pemetrexed has unpleasant side effects that can sometimes be fatal but these can be avoided when it is administered as a compound called pemetrexed disodium in combination with vitamin B12.

The use of pemetrexed disodium in the manufacture of a medicament for use in combination with vitamin B12 (and, optionally, folic acid) for the treatment of cancer is monopolized in the United Kingdom, France, Italy, Spain and a number of other European countries by European patent number No 1 313 508. There are also corresponding patents for the same invention in many other countries around the world.

Registered Designs: The First Appeal to an Appointed Person in a Designs Case