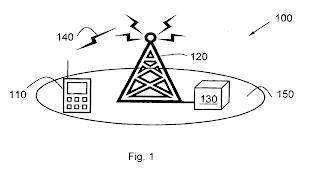 In Unwired Planet International Ltd v Huawei Technologies Co Ltd and Others [2015] EWHC 3366 (Pat) (23 Nov 2015), Unwired Planet sued Huawei, Samsung and Google for patent infringement. The patent in suit was European patent 2,229,744 entitled Method and arrangement in a wireless communication network which is concerned with polling for a wireless communication network. The trial judge, Mr Justice Birss, explained at para [2] of his judgment that

Mr Justice Birss rejected the attack on the validity of the patent which had been based on lack of novelty and obviousness and found that it had been infringed. At paragraph [234] he held:

"The patent is valid and is infringed by wireless telecommunication networks which operate in accordance with the relevant LTE standard. Thus patent EP (UK) 2 229 744 is essential to standard 3GPP TS 36.322 release 8 version 8.8.0."

The Court of Appeal found for the patentee on all three issues and dismissed the appeal.

The priority document was application No 61/019,746 made to the United States Patent and Trademark Office on 8 Jan 2008.  It was called "Method and Arrangement in a Telecommunication System" and had four sections: Field of the Invention, Background, Summary and Detailed Description but no claims. Huawei had submitted that the invention had changed between the priority document and the patent. The priority document only disclosed counting, comparing and polling after transmission, whereas the patent disclosed and claimed a different invention, namely one where you could count, compare and poll before or after transmission. Giving the lead judgment, Lord Justice Floyd observed that a priority document must not be read in a vacuum, but with the benefit of the common general knowledge which forms the factual matrix against which the technical disclosure is assessed. Viewed with that knowledge, the disclosure may mean something different to a skilled person than it would to someone reading the document without that knowledge, Considering the US patent application from the skilled addressee's perspective with the common general knowledge in mind, his lordship concluded at para [80] "that the priority document does directly and unambiguously convey to the skilled person an invention of sufficient breadth to encompass counting and polling upon assembly."

On Issue 2, Lord Justice Floyd reminded himself of the approach to determining whether an invention was obvious that had been expounded by Mr Justice Kitchin (as he then was) in Generics (UK) Ltd & Ors v H Lundbeck A/S [2007] RPC 32, [2007] RPC 729, [2007] EWHC 1040 (Pat) and approved by the House of Lords in Conor Medsystems Inc v Angiotech Pharmaceuticals Inc and Others [2008] RPC 28, [2008] UKHL 49 and by Lord Justice Kitchin (as he is now) in Medimmune Ltd v Novartis Pharmaceuticals UK Ltd and others [2012] EWCA Civ 1234 (10 Oct 2012) and also warned of the difficulties second guessing a trial judge. His lordship reviewed the evidence before the judge and considered his reasoning and methodology. Pulling this together, he was satisfied that there was ample material before the judge below on which he was entitled to rely to reject the allegation of lack of inventive step.

Issue 3 raised a short but interesting point of law concerned with whether a prior publication is available before the priority date when it was made available, in some time zones but not in the time zone of filing, on a date before that date. The priority document was filed in the USPTO on 8 January 2008. The prior art relied upon by Huawei had been uploaded to a publicly accessible server a little bit earlier. Mr Justice Birss had set out the timings in the following table:


The judge considered that the priority date had to be the date upon which the priority document was received by the USPTO. That was the 8 Jan 2008 which was also the date upon which the prior art was uploaded to the server. In other words, the two events took place on the same day albeit at different times. Lord Justice Floyd considered the language of art 54 (2) of the European Patent Convention:

"The state of the art shall be held to comprise everything made available to the public by means of a written or oral description, by use, or in any other way, before the date of filing of the European patent application."

The article refers to the date of filing and not to the time. The date must mean the whole 24 hours of a day. As Lord Justice Floyd put it at [157]:

Lord Justice Gross made the following observation from "the perspective of an outsider to this specialist area:

"The point is a short one. The solution must work in practice. The way to do so is to treat the governing date as the date when and where the Priority Document was filed. At that moment and in that same time zone – the relevant frame of reference - the inquiry must be made as to whether the invention formed part of the state of the art before the date of the filing. There is no other way in which to prevent something published or uploaded later in some different time zone appearing to be earlier in date than the Priority Document. The table (at [140] above) well illustrates this difficulty. [Counsel for Huawei] accepted this concern but submitted that there were anomalies with any proposed solution. Although there may be anomalies with any solution, that which flows from his approach is unacceptable: it would be treating as state of the art something which was not made available to the public when the Priority Document was filed. That simply cannot be right. It follows that I am unable to accept [Huawei's counsel's] submission."

I have to say that I find the Court's conclusion on the third issue a little surprising. Surely the question ought to be whether the invention formed part of the art when the application was filed and not the date or time zone of the prior disclosure. At the moment of filing, there was material in the that could have been read or downloaded from anywhere in the world including the USPTO's premises in Virginia.

Be that as it may, it is a very interesting judgment. If anyone wants to discuss this case note, he or she can call me in office hours on +44 (0)20 7404 5252 or send me a message through my contact form.
Appeal Arnold Birss construction EP2229744 Floyd Gross Huawei Justice Lord Mr obviousness patents prior art state f the art Unwired Planet