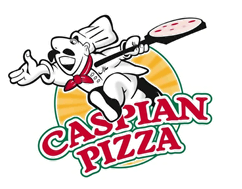 The claimants appealed to the Court of Appeal against the invalidation of the word mark on the ground that an earlier right for the purposes of s.5 (4) and s.47 (2) had to mean more than the right to bring an action for passing off in just one locality.   The defendants cross-appealed against the judge's refusal to declare the device mark invalid.   The claimants conceded that if they were wrong on the "earlier right" point the device mark would also have to go as the dominant feature of that mark was the word "CASPIAN".

In deciding the appeal, the Court of Appeal had to choose between the competing decisions of Judge Hacon in Caspian and Judge Birss QC   Redd Solicitors LLP v Red Legal Ltd and Another [2012] EWPCC 54; [2013] E.T.M.R. 13   As I had remarked in my case note on Judge Hacon's decision:

"Equally courageous was the judge's preference for a decision of a hearing officer in Sworders over that of his illustrious predecessor in the later case of Redd. In that case, His Honour Judge Birss QC (as he then was) found that an earlier right which afforded a defence to infringement of a trade mark under s.11 (3) did not afford a ground for invalidity under s.5 (4) (a). Noting at para [67] that Judge Birss had not been referred to Sworders he declined to follow Redd on the following grounds:

'I think the difficulty with the approach to s.5(4)(a) taken in Redd may be that the resolution of the conflicting rights of parties using the same trade mark in different localities would come to depend arbitrarily on which party first gets to the tape of making an application to register the mark. Party A may have the more geographically widespread business and a greater legitimate expectation of expanding further. Party B, using the same trade name in another part of the UK, may be satisfied with a business limited to a relatively small locality. But if party B applies for a trade mark first then following Redd there would be nothing that Party A could do about it, save rely on its 'earlier right' to provide a defence to infringement under s.11(3), a defence strictly limited in geographical scope. The approach in SWORDERS is more likely to give the tribunal the opportunity, where possible and appropriate, to set a fair territorial limit to the trade mark right or rights granted. I therefore prefer the approach to s.5 (4) (a) / art.4 (4) (b) in SWORDERS.'

Judge Hacon's argument on this point is attractive and I can see its force particularly as s.47 (2) (b) refers to the conditions in s.5 (4). It would be anomalous if the same facts could found a defence to a trade mark infringement but not invalidate the trade mark in the absence of a disclaimer. It will be interesting to see whether Caspian Pizza will be followed and, more importantly, endorsed on appeal."

As it turned out the Court of Appeal preferred the reasoning of Judge Hacon in Caspian to that of Judge Birss in Redd.  The problem with Redd, as Lord Justice Patten explained at paragraph [22], is that it takes no real account of the reference in the opening words of s.5 (4) to "or to the extent that". It followed as His Lordship said in the next paragraph "that opposition under s.5 (4) based on earlier use of the mark does not have to be use throughout the UK or alternatively in a geographical area which overlaps with the place where the applicant for registration actually carries on business using the same or a similar mark." That did not mean that s.5 (4) and s.11 (3) referred to the same sort of right.  The former was concerned with goodwill while the latter could apply to either reputation or goodwill.  It was possible to enjoy a reputation without goodwill (see Knight v Beyond Properties Pty Ltd and others [2007] EWHC 1251 (Ch) (24 May 2007)). It was possible for a business to have a local reputation for the purposes of s.11 (3) but no goodwill for the purposes of s.5 (4).

Though the point is a very short one and easy to understand, the judgment of the Court of Appeal is much harder to follow.   I had to read it several times as well as the judgment at first instance before I could claim to understand it.  However, I think these are the nuggets:-

Anyone who wishes to discuss this case this me or trade mark law in general should call on 020 7404 5252 or send me a message on my contact form.
Caspian Pizza Court of Appeal earlier right Judge Hacon Judge Sworders local right Redd s.5 (4)m Trade Marks Act Shah Trade Marks