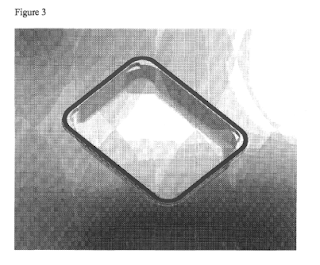 This was a claim by Quinn Packaging Ltd. for the revocation of British patent GB1100292.0 which is held by Linpac Packaging Ltd. on the ground of obviousness. Quinn also claimed the revocation on the same grounds of a patent that had been granted to Faerch A/S the title and number of which are not mentioned in the transcript. The item of prior art relied on by Quinn in both cases was Australian Patent No. 638092 Method for manufacturing containers provided with a peelable closure,

The issue in dispute was whether a skilled person who read the Australian patent before the priority dates of the Linpac and Faerch patents knowing of the need for a better sealing solution for plastic food trays would have recognized that the Australian patent provided the answer, namely the idea of creating a flange around the top periphery of the container and putting a suitable adhesive on it? The parties agreed that the skilled addressee was an engineer engaged in the design and manufacture of plastic packaging for products such as foodstuffs and that their common general knowledge included a relevant long-felt want among those in the plastics industry for a food container made entirely from  polyethylene terephthalate (PET) that could be sealed hygienically with lidding film

The action came on for trial before His Honour Judge Hacon on 18 and 20 June and judgment was delivered on 31 July 2019.  The judge decided that both patents were invalid for want of an inventive step over the Australian patent. Almost no case law is recorded as having been cited either by counsel or the judge. The defendants argued that the Australian patent would not necessarily lead to Linpac or Faerch.  His Honour disagreed.

Anyone wishing to discuss this case or obviousness generally should call me on 020 7404 5252 during office hours or send me a message through my contact form.