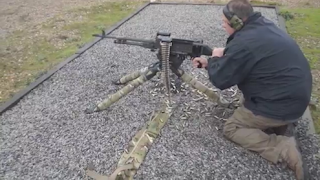 This action began as a claim for:
The defendant counterclaimed for declarations that:
By the time the action and counterclaim came on for trial, the defendant had admitted that the licence agreement had not been terminated and was valid and binding and that the claimant held valid patents.  The issues that Her Honour Judge Melissa Clarke was asked to decide were whether:
She heard the action and counterclaim on 16 and 17 July 2019 and delivered judgment on 21 Nov 2019. A transcript of her judgment can be found at Excel-Eucan Ltd v Source Vagabond Systems Ltd [2019] EWHC 3175 (Pat) (21 Nov 2019),

Excel-Eucan Ltd. is an English company which was incorporated on 3 March 2011. According to the "About" page of its website, it designs and manufactures unique, patent-protected equipment for the dismounted close combat soldier - which I guess is current military jargon for infantryman or foot soldier. The company adds that its products are designed to increase both the effectiveness and comfort of the end-user (presumably said foot soldier). One of those products is the "Link-Tail" which is described as "an innovative Patented Solution, for the Carriage and Rapid, Snag-Free Deployment of Link Ammunition." Others might describe it as a wearable ammunition holder.  The patent for the equipment which has been granted to Excel-Eucan under patent number GB2489116  describes the kit as a "linked ammunition carrying bag,"

Source Vagabond Systems Ltd. is an Israeli company which makes hydration goods, sandals and equipment for hiking and other outdoor sports but also packs and similar items for the Israeli and other armies.   It is an approved supplier to the Ministry of Defence even though it is a foreign company.  One of the ways in which companies that are not approved suppliers such as Excel-Eucan can supply the British forces is by entering a licence or some other kind of agreement with an approved supplier like Source Vagabond.

In Dec 2011, the Ministry of Defence announced a competition for "commercially available, off the shelf, high readiness equipment, capable for use in dismounted close combat in complex terrain." One of the categories of equipment the Ministry was seeking was "TM4: Rapidly accessible linked ammunition stowage suitable for 200 rounds of 7.62mm".  This was essentially an ammunition pouch to be carried by members of a machine gun battery.  Robert Maclean, a former Royal Marine who had set up Excel-Eucan consulted former servicemen but none of them could think of an item of equipment that fitted the bill.  Mr MscLean set about designing his own and, after some experimentation, he produced the "Link Tail". He applied for the patent mentioned above and submitted it to the Ministry.

The Ministry was impressed with the equipment.  The army took it to Afghanistan where it proved its worth in combat. The Ministry included it in a comprehensive infantry re-equipment programme known as "Virtus".  The Ministry advised Mr MacLean that Excel-Eucan could not supply it directly as it was not an approved supplier but it gave him a list of companies that were including Source Vagabond. The judge found that Source Vagabond had been developing its own ammunition holder that had been inspired by a piece of equipment that had been used by the army in the 1970s and 1980s  As the Link Tail had already been tested and approved by the Ministry, Source Vagabond decided to promote Excel-Eucan's product with some design modifications of its own in preference to the product that it had been developing.

Source Vagabond submitted Excel-Eucan's modified product as part of an integrated range of equipment known as the "Integrated Soldier System" to the Ministry. The Ministry awarded Source Vagabond the Virtus contract as prime contractor. Negotiations then took place for a licence agreement which the companies entered on 12 Feb 2015. The learned judge noted at paragraph [4] of her judgment that the agreement contained no positive obligation on Source Vagabond to supply Excel-Eucan's bags to the Ministry, nor to pay Excel-Eucan any minimum sum in royalties, nor did the agreement provide any guarantee of minimum sales.

Mr MacLean found a training leaflet that Source Vagabond had issued with pictures showing the loading of the ammunition the wrong way round. He also heard that soldiers had experienced difficulty in feeding the ammunition into the machine gun. That problem had been picked up during the evaluation process and it had been agreed that every ammunition carrier should contain a marker indicating the correct way to load the rounds. That had not been done. Mr MacLean tried to raise his concerns with Source Vagabond but received no reply. He then emailed the Ministry of Defence in December 2016 and February 2017.

Source Vagabond took exception to those emails.  It accused Excel-Eucan of repudiating the contract and purported to accept the repudiation.  It stopped supplying Link Tail.  It developed the product that it had dropped in favour of Link Tail which is known as the "2017 bag" and offered that to the Ministry instead. It also applied to the Comptroller of the Intellectual Property Office for the revocation of Excel-Eucan's patents. The hearing officer gave a preliminary indication of invalidity whereupon Excel-Eucan applied unconditionally for permission to amend the patent.

Source Vagabond's Application for a Declaration of Non-Infringement

It is not clear from the transcript whether the procedure set out in paragraphs (a) and (b) was followed.  As the section is "without prejudice to the court's jurisdiction to make a declaration apart from that section Her Honour may have taken the view that it was not necessary.

The judge noted that all claims of the patent were dependent on claim 1 which was as follows:

The big difference between the 2017 bag and the patent is that claim 1 provided for an "openable closure extending substantially from the first end to the second end," that is to say a zip. Mr MacLean had envisaged unzipping the carrier like a kipper, placing the rounds inside and then zipping it up again. The instruction leaflet in the transcript illustrates that operation although the bullets in the picture are the wrong way round. Source Vagabond found it was easier to load the ammunition through the top of the nag so its designers did not provide a zip on the 2017 bag. It was, of course, just as easy to load the rounds from the top in the Link Tail as it was in the 2017 bag.

Construing claim 1 literally the 2017 bag fell outside the claim but applying the reformulated Improver questions that  Lord Neuberger had posed at paragraph [66] of his judgment in Actavis led to the conclusion that the zip was an inessential variant.   For those reasons, Judge Melissa Clarke decided at [103] that Source Vagabond was not entitled to a declaration of non-infringement, and the 2017 bag fell within the footprint of Excel-Eucan's patent as amended.

Whether Royalties were payable on the 2017 Bag

In view of her finding that the 2017 bag fell with the footprint of the patent, it followed that royalties were payable on sales of that item under the patent licence.

Whether Excel -Eucan was entitled to an Inquiry as to Damages

It was common ground that Source Vagabond had breached the licence agreement but the judge could not see any basis for an award of damages. The agreement contained no obligation to sell licensed products, nor any minimum quantity, nor pay any minimum royalty. Excel-Eucan would receive royalties on the sale of the 2017 bag. Sales of the licensed product had been cut back by reason of falling demand and not because of any breach of contract. For all those reasons, Her Honour refused to order an inquiry.

Whether Excel-Eucan can recover the costs of the IPO Proceedings

As costs in the IPO are nominal unless a party has behaved unreasonably by reason of Tribunal Practice Notice 2/2000, Excel-Eucan sought to recover the costs that it had actually incurred under an indemnity in the licence agreement.  The learned judge decided to hear argument on costs generally after the delivery of judgment.