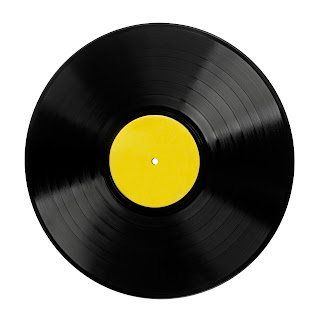 This was an application to strike out part of the defence to the claimant's action for passing off and transfer or cancellation of the second defendant's trade mark registration on grounds of cause of action estoppel, issue estoppel, the principle in Henderson v Henderson, and abuse of process or, alternatively, summary judgment under Part 24 of the Civil Procedure Rules.  The application was issued on 28 Feb 2010 which was a few days before the case management conference of 6 March 2020 at which several issues were ordered to be tried.  The application came on before Her Honour Judge Melissa Clarke who considered it on paper at the parties' request.

The second defendant registered the words LOVE INJECTION SOUND as a UK trade mark in classes 9 and 41 under registration number 3213529 and applied to register LUV INJECTION SOUND in class 41  The claimant opposed the application and applied for a declaration that the r3egstration was invalid on the Trade Marks Registry on the grounds that the application for the registration of both marks had been made in bad faith and that their use could be prevented by an action for passing off.

Despite his defeat in the Trade Marks Registry the second defendant and his band continued to perform under the marks LOVE INJECTION and LUV INJECTION. The claimant brought the proceedings mentioned in the first paragraph seeking injunctions to restrain the second defendant and a company that he had formed to promote his interests ("the first defendant") from passing off and the transfer or cancellation of the invalidated trade mark,  The defendants counterclaimed for an injunction to restrain the claimant from passing off and for the sale and distribution of the assets of the original band.  The claimant objected to the second defendant's reliance on any fact or matter that had been determined by the hearing officer.

The Hearing Officer's Findings
At paragraph [17] of her judgment, Judge Melissa Clarke summarized the findings of the hearing officer:

"i) The relevant date for assessing if section 5(4)(a) of the Act applies was the date of application for registration or, if there is a priority date, that date. Accordingly, the relevant date for the contested application was 4 October 2017 and for the contested registration was 17 February 2017 (paragraph 45) ("the Relevant Dates");
ii) There was no claim to a competing goodwill identified by the marks. In the absence of any counterclaim to an earlier or concurrent goodwill on the part of the Second Defendant, the Relevant Dates are the only two dates which are relevant for assessing the issue of passing off in the UKIPO proceedings (paragraph 47);
iii) The Claimant was a person with a proprietorial interest in the goodwill generated by the Group LUV INJECTION by virtue of being one of a number of members of the Group (paragraph 50);
iv) The Group was "an unincorporated association and a partnership at will" (paragraph 57). This is a source of some confusion and I will return to this below;
v) Goodwill was owned by the partnership not the individual members of it (paragraph 57 of the Decision, applying Byford v Oliver and another (SAXON trade mark) [2003] EWHC 295 (Ch) per Lewison J (as he then was) at paragraph 33);
vi) The goodwill in the Name was not transferred solely to the Second Defendant after the Split (paragraph 58);
vii) At the Relevant Dates, the Claimant together with the other members of the Group, owned the goodwill in the Name (paragraph 58);
viii) Use of the marks by the Second Defendant will amount to misrepresentation leading to damage (paragraph 60);
ix) The Second Defendant was not legitimately permitted to obtain the trade mark registrations in his own name unless it was done on behalf of the other members of the Group or with their consent (paragraph 65); and
x) The Second Defendant's registration and attempt to register the marks without the knowledge of the other members of the Group amounts to an act in bad faith (paragraph 65)."

She also considered what the hearing officer had not determined at paragraphs [28] and [28] of her judgment:

"[28] Accordingly, it seems to me that the Hearing Officer left undetermined the issue of what happened to the goodwill after the Split, and so did not, finally, determine that the goodwill "resided with the changing members of the Sound" as he misdirected himself in paragraph 57. To summarise, therefore, I consider that the Hearing Officer:
i) Found that the Group was operated by its members before the Split, including the Claimant and the Second Defendant, as a partnership at will; and
ii) Found that the goodwill in the Name resided in that partnership.
[29] I also note that the Hearing Officer did not determine the identities of the partners at the time of the Split, or determine the dispute of whether the Claimant left the Group which continued with the Second Defendant or the Second Defendant left the Group which continued with the Claimant. In either case, however, as a matter of law, the partnership which existed immediately before the Split would have dissolved as a result of the Split."

Determining the Application
The judge reviewed the authorities on res judicata, issue estoppel and Henderson v Henderson  (1843) 3 Hare 100, 115,   It was common ground that there could be no cause of action or issue estoppel from the opposition proceeding.   Her Honour also decided that there could be no cause of action estoppel from the invalidity proceedings.   However, she was satisfied that there had arisen from the invalidation proceedings issue estoppel such that both parties were estopped from denying the findings of the hearing officer in relation to the opposition and invalidity proceedings. It would be an abuse of process: to relitigate matters that had been fully litigated before the hearing officer.

The only point upon which the hearing officer had not made a finding was the use of the LOVE INJECTION and LUV INJECTION signs but Judge Melissa Clarke held that she could determine that issue under Part 24.

Further Proceedings
In striking out the defence to passing off and the counterclaim he judge did not dispose of the whole action.   She substituted a new list of issues for the ones for the one annexed to the case management directions of 6 March 2020,  These included:
Further Information
Anyone wishing to discuss this article or the issues raised in it should call my clerk Stephen on 07986 948267 or send me a message through my contact page.
abuse of process cause of action estoppel Henderson v Henderson IPEC issue Judge Melissa Clarke passing pff pleadings. res judicata strike out summary judgment Thomas trade mark Trade Marks Registry