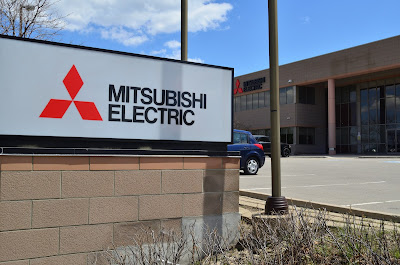 Author Raysonho Licence CC 1,0
Jane Lambert
Patents Court (Mr Justice Mellor) Mitsubishi Electric Corporation and another v Oneplus Technology (Shenzhen) Co Ltd and others (FRAND CMC Judgment) [2021] EWHC 493 (Pat) (4 March 2021)
This was an application for an order under Part 18 of the Civil Procedure Rules requiring the 9th to 12th defendants ("the Xiaomi defendants") to answer the claimants; requests for further information of their statement of case.  The claimants had served over 100 requests upon the Xiaomi defendants on 12 Feb 2021 most of which those defendants had offered to answer by 16 March 2021. However, there were 2 requests that they refused to answer on the grounds that they were requests for expert evidence to which the claimants were not entitled until the exchange of experts' reports.
At a case management conference before Mr Justice Mellor on 2 March 2021, the claimants applied for an order requiring the 9th to 12th defendants to answer all 100 requests for information.  At the judge's suggestion, the claimants agreed to stand over their application until after the Xiaomi defendants had replied to the bulk of their requests.  However, he ordered those defendants to reply to the requests that they had refused to answer by 22 March 2021.
The requests and the Xiaomi defendants' objections are as follows:
"Request 14. By what method have weighted essentiality rates of 18.15% for the MCP pool and 23.5% for the 3G/4G stack been calculated and what data sources have been relied on for this calculation?
Response: A matter for expert evidence. In any event, as made clear in paragraph 13 the figures were provided by way of illustrative example only and pending further disclosure and expert evidence.

Request 15. On what basis do the Xiaomi Defendants contend that it is appropriate to assume that [two entities] have the same essentiality rate as each other and as the industry as a whole?
Response: A matter for expert evidence."
The reason why Mr Justice Mellor ordered the 9th to 12th defendants to reply to the requests was that the action was for the infringement of patents that the claimants had alleged to be essential to compliance with certain 3G and 4G telecommunications standards.   The claimants had undertaken to grant licences to work those patents on fair, reasonable and non-discriminatory ("FRAND") terms.  The Xiaomi defendants disputed that the terms that the claimants had offered were FRAND and appeared to be running a defence requiring an analysis of what proportion of patents were truly essential to the standard.
The learned judge made clear at para [11] of his judgment that the defendants were quite entitled to run such a defence but experience had shown that such cases required careful case management.  In TQ Delta v ZyXEL Communications UK Ltd [2018] EWHC 3651 ZyXEL had sought to exclude an analysis and review of some 775 potentially essential patents on the ground that no warning of this argument or analysis had been given by TQ Delta in its statement of case.  In that case, the trial had to be postponed to give ZyXEL an opportunity to deal with that evidence.  That delayed and increased the costs of the proceedings.  There was a risk that the same thing might happen in this case as the 4th to 8th defendants had warned that they reserved the right to run a similar defence after disclosure.
The Xiaomi defendants resisted the application on the ground that the directions provided for the parties to serve supplementary experts' reports 8 weeks after the exchange of the first round of experts' reports and that ought to be ample time in which to respond.   His lordship did not consider that to be a satisfactory course.   He said at para [16]:

"In agreement with the indication given by Arnold J. in TQ Delta, I take the view that at least the methodology sought to be employed in any essentiality review should be pleaded. If pleading out the methodology requires a worked example yielding a particular figure like 18.15%, so be it. It can be made clear that the precise methodology may change along with the particular inputs when it comes to expert evidence, but I remain of the view that at least the basic methodology needs to be pleaded"
In reaching his decision, the judge said that he had taken account of the risk of multiple amendments of the statements of case,  He also acknowledged the procedural safeguards that had already been made such as a direction  that 2 weeks before the pre-trial review each party must file and serve a position statement summarizing their case on the issues to be decided at the trial (including FRAND rates and terms).
Although this issue had arisen in a case over the terms of a licence to work the claimants' patents it could have arisen in any type of civil litigation.  In that regard, this short decision is important to all advocates and litigators.  It concerns two basic principles.  The first is that statements of case or pleadings should give fair warning of the issues that have to be decided so that the parties can focus on the documents to be disclosed and the witnesses to be called.  The second is that parties should plead material facts and not evidence.

In this case as in many other cases in High Court and County Court hearing centres up and down the land the two principles had collided as Mr Justice Mellor acknowledged at para [17] of his judgment:

"I also recognise that FRAND cases throw up particular challenges when it comes to identifying that elusive boundary between what must be pleaded and what constitutes evidence. However, I consider it is important, so far as is possible, to ensure that the expert evidence which is served is not like 'ships passing in the night' and the respective experts are addressing the same issues, using the same materials. This ought to reduce costs and reduce the burden on the trial judge."
Finally, he added at [19]:

"If it is not already clear from what I have said above, the methodology proposed to be employed in any essentiality review must be pleaded as soon as possible so that the evidence required to prove the results of such a review can be identified and suitable case management directions can be given in good time within the directions down to the FRAND trial already in place."
It is respectfully submitted that Mr Justice Mellor's decision is entirely consistent with the overriding objective of the Civil Procedure Rules.
Anyone wishing to discuss this article or any topic arising in it is welcome to call me on 020 7404 5252 during office hours or send me a message through my contact page.
CPR Part 18 essential evidence expert facts FRAND further information Mitsubishi Onepllus patents pleadings standards statements of case TQ Delta ZYXEL