Witness Statements for Use in IP Proceedings 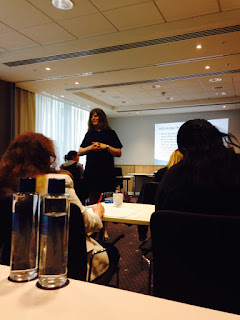 Since 6 April 2021 Practice Direction 57AC Practice Direction 57AC - Trial Witness Statements in the Business and Property Courts has regulated the form and content of witness statements for use in trials in the Business and Property Courts.  In Greencastle MM LLP v Payne and others [2022] EWHC 438 (IPEC) (13 Jan 2022), Mr Justice Fancourt withdrew permission for the service of the claimant's witness statements for a trial that was due to come on in less than a month's time on the ground that they failed to comply with the Practice Direction.   In that case, there was time to serve a replacement witness statement and his lordship gave the claimant a week to do that but the courts have power to impose a wide range of sanctions including striking out non-compliant statements.

I discussed that case and PD57AC in Preparing Witness Statements for Use in Trials in IP Actions: Greencastle v Payne on 7 May 2022.   I made clear in that article that PD57AC does not apply to trials in the Intellectual Property Enterprise Court even though that court is a Business and Property Court.  Nor does it apply to  proceedings other than trials in any of the Business and Property Courts or to proceedings in the Intellectual Property Office.     That does not mean that the practice relating to witness statements in the proceedings to which PD57AC does not apply remains unchanged.

The reason why trials in the Intellectual Property Enterprise Court will have been exempted from PD57AC is that CPR 63.23 already requires the court to identify the issues and decide whether to make an order under para 29.1 (4) in relation to witness statements in respect of those issues.  Para 29.2 (1) makes clear that the court will make an order under para 29.1 only in relation specific and identified issues.  The Example of a Case Management Conference Order at Annex B of the Intellectual Property Enterprise Court Guide a typical specimen order on witness statements:

"I believe that the facts stated in this witness statement are true. I understand that proceedings for contempt of court may be brought against anyone who makes, or causes to be made, a false statement in a document verified by a statement of truth without an honest belief in its truth.’

Hearing officers have similar powers in respect of proceedings in the Intellectual Property Office.  For example, rule 82 (2) of the Patents Rules 2007 provides:

"When the comptroller gives directions under any provision of this Part, he may—
(a) make them subject to conditions; and
(b) specify the consequence of failure to comply with the directions or a condition."
Rules 62 (2) and (3) of the Trade Marks Rules 2008 are to similar effect.   As to the form and content of witness statements. Tribunal practice notice (1/2015): Restriction on filing evidence in opposition and cancellation proceedings restricts the volume of evidence that may be filed in trade mark proceedings before the IPO, without seeking permission from the registrar’s hearing officer.  Para 3 of the notice also reminds practitioners that it is not appropriate to file submissions in the form of evidence.

Para 2 of TBN 1/2015 explains the reason for the restrictions in the Registry:

"Parties are filing large volumes of irrelevant or unnecessary evidence in a significant number of proceedings. This is adding unnecessary cost to proceedings for the parties and taking a disproportionate share of the tribunal’s resources. In a recent analysis of 27 trade mark opposition and cancellation proceedings, 5 cases had over 900 pages of evidence (4 of these had over 1000 pages). Much of this evidence was irrelevant or unnecessary. The remaining 22 cases had 611 pages of evidence or fewer."
Para 2.2 of PD57AC makes a similar case for the restrictions in the Business and Property Courts:

"Trial witness statements are important in informing the parties and the court of the evidence a party intends to rely on at trial. Their use promotes the overriding objective by helping the court to deal with cases justly, efficiently and at proportionate cost, including by helping to put parties on an equal footing, saving time at trial and promoting settlement in advance of trial."

To assist practitioners, I propose to give an online talk on Witness Statements in Intellectual Property Proceedings between 14:00 and 15:30 on 22 June 2022,   My talk will cover the following topics:
Each attendee will receive a full set of notes in PDF format.    My intended audience includes solicitors specializing in IP and litigation, patent and trade mark attorneys, in-house legal advisors and advocates in the Business and Property Courts and the Intellectual Property Office.   Attendees can register by clicking this link, pressing the green button and completing the simple form.    Those wishing to discuss this talk may call me on 020 7404 5252 during office hours or send me a message through my contact form.
22 June 2022 CPD Part 63 CPR Part 32 Greencastle IPEC Part 32 Practice Directions Part 63 Practice Direction Patents Rules Payne PD57AC talk Trade Marks Rules trials witness statements