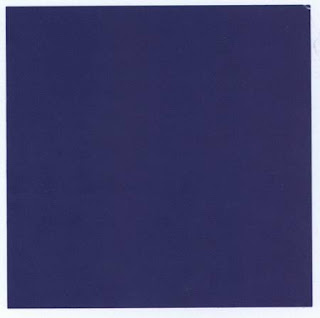 She found for the opponent in respect of application numbers3025822 and 3019361 but not application number 3019362.
Cadbury appealed against her decision on 025822 and 3019361. Before the appeal could be heard. Cadbury settled its differences with Nestlé.  The Registrar of Trade Marks considered that the appeal gave rise to important issues where the law was uncertain and sought to intervene in the proceedings.  Permission to do son was granted and the appeal came on before Mr Justice Meade on 21 June 2022.  Nestlé took no part in the hearing beyond listening to the argument between the Registrar and Cadbury. The learned judge handed down judgment in  Societe des Produits Nestle SA v Cadbury UK Ltd [2022] EWHC 1671 (Ch) on 5 July 2022,
The registrability of a colour as a trade mark had previously been considered by the Court of Appeal in Société Des Produits Nestlé SA v Cadbury UK Ltd. [2014] BUS LR 134, [2014] 1 All ER 1079, [2013] EWCA Civ 1174, [2014] Bus LR 134, [2014] RPC 7, [2014] ETMR 3 which I had discussed in The Colour Purple - Société Des Produits Nestlé S.A. v Cadbury UK Ltd. on 4 Oct 2013.  At the end of my article I wrote:

"So where does this leave colour marks? Not entirely unregisterable, I think. but the application has to be drafted with very great care. Had Cadbury applied simply to register wrapping foil in Pantone 2658C it is hard to see how there could have been a problem. There would not have been a problem had Cadbury's applied to register the outer packaging of each of its products though it is hard to see the commercial point of doing so as there is adequate protection for such products word marks and glass and half devices and other logos already. This appeal was decided on public policy grounds and that is probably not a bad thing."
Mr Justice Meade noted at para [16[ of his judgment in the current appeal that It appeared probable from the Court of Appeal’s reasoning that the “whole visible surface” option was not objectionable in itself.  He summarized the issues in the appeal as follows in para [17]:
"i) Does ‘361, by not referring to the degree of application to the packaging, avoid the problem that the Court of Appeal found afflicted the mark in CoA 2013?
ii) Is ‘822, which is in what I will refer to as “Libertel form” (i.e. colour per se as defined by Pantone designation but without reference to the manner of use) capable of being a sign, or does it also run into the problems found by the Court of Appeal?"
His lordship allowed the appeal in relation to  Application No 3 025 822 but not in relation to Application No 3 019 361.
In reaching his decision the judge referred to the decision of the Court of Appeal.  He noted that Sir John Mummery who had delivered the lead decision had analysed Directive 2008/95/EC and the Trade Marks Act 1994 as they had stood and the amendments resulting from Directive (EU) 2015/2436. It was common ground that the legislation had been amended to reflect various decisions of the Court of Justice of the European Union which Sir John had also analysed in para [14] of his judgment.  Sir John distilled the following principles at para [15]:

Purpose
(2) The purpose of the requirements is to prevent abuse of trade mark law in order to obtain an unfair competitive advantage.

Identification
(3) Identification requirements for entry of a trade mark on the public register of trade marks include clarity, intelligibility, specificity, precision, accessibility, uniformity, self-containment and objectivity.

Multitude of forms
(4) The identification requirements are not satisfied if the mark could take on a multitude of different appearances, which would create problems for registration of the mark and give an unfair competitive advantage over competitors.

Colour without a message
(5) Colours are normally a simple property of things, or a means of decorating things. They are not normally capable of being a sign. A sign conveys a message. The sign is capable of being registered as a trade mark, if the message is about the source of goods or services.

Colour as a sign conveying a message
(6) Depending on the facts and circumstances of the case, colours, or combinations of colours, designated in the abstract and without contours and used in relation to a product or service are capable of being 'a sign'.

Graphic representation of colour
(7) As for the second condition of graphical representation, in a mark consisting of two or more colours designated in the abstract and without contours, qualities of precision and uniformity are required. The colours must be arranged by associating them in a predetermined and uniform way.

Colour without form/in a multitude of forms
(8) Those requirements are not met by the mere juxtaposition of colours without shape or contours, or by reference to colours in every conceivable form, so that the consumer would not be able to recall or repeat with certainty the experience of a purchase. The scope of protection afforded by such a mark would be unknown both to the competent authorities responsible for maintaining the register and to economic competitors. Registration would confer unfair competitive advantages on the proprietor of the mark."
Mr Justice Meade said that he agreed with that analysis and that he attended to apply it.  He also referred to paras ]49] to [52] and para [55] of Sir John's judgment, paras [58] to [63] of Sir Timothy Lloyd's in the same appeal, the UK and EU Intellectual Property Offices' examination guidelines on colour marks and examples of successful colour mark registrations.
Mr Justice Meade turned to Louise White's decision between paras [33] and [46] of his judgment.   With regard to application number 3019361, he recalled that the mark’s description refers to the application to packaging of the goods without any limitation as to the whole surface, or the predominant part, or in any other way.  The hearing officer had found that that meant that the mark was not to a single unchanging colour but would extend to situations where there were other colours, noting that the description was wide enough to cover the representation of the trade mark that the Court of Appeal rejected in the earlier appeal,  The judge agreed with the hearing officer adding that the formulation of this application was even worse than the application that had been rejected by the Court of Appeal.  He added at [36]::

"Removing the wording held by the Court of Appeal to let in multiple forms and to be objectionably ambiguous is cosmetic at best and does not help. It preserves all the practical problems of scope and adds more."
However, he thought that she had been wrong in respect of Application number 3025822 for the following reasons:

"i) With a Libertel form mark the sign is the colour per se, no more and no less. This is a single thing, conceptually.
ii) Thus use of the colour is use of the same sign when used on packaging, on business documents, on advertising or indeed on the goods themselves. There is not a different sign merely because use takes place in a different context.
iii) Ambiguity/multitude of forms is let in by wording like “predominant” but it is not let in by a sign which is a single colour per se.
iv) The Hearing Officer’s decision effectively would mean that a colour per se mark could only validly be a sign if accompanied by a limitation to a single manner of use such as “the whole surface of the packaging”. That is inconsistent with the CJEU’s case law that a colour per se “without contours” can validly be a sign, as was repeated in [48] of the decision. The Comptroller’s written submissions explicitly accepted that Libertel form marks are permissible “in the right circumstances”, but if Cadbury’s circumstances are not right, I do not see how any other applicant would do better.
v) On that basis, I accept Mr Purvis’ submission that the Hearing Officer’s reasoning was inconsistent as between ‘362 and ‘822 (at [48] as contrasted with [54]).
vi) More generally, the Decision would have the effect that no, or almost no, Libertel form mark would ever be valid. Although the ratio of the Court of Appeal in CoA 2013 did not strictly extend to Libertel form marks, in my view the Court had them well in mind, and against a backdrop of considered reasoning the judgments clearly imply that they could potentially comply with the requirements for a sign."
To be properly understood, Mr Justice Meade's judgment must be read with the Court of Appeal's in the earlier appeal.
Anyone wishing to discuss this article can call me on 020 7404 5252 during office hours or by sending a message through my contact form.
Cadbury colour Louise White Mr Justice Meade Nestle registrability Trade Marks