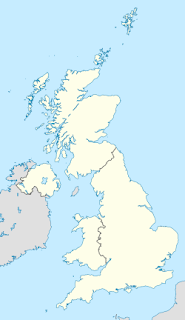 
Trade marks for the United Kingdom may be registered with the Intellectual Property Office ("IPO") under the provisions of the Trade Marks Act 1994. The Act implemented Directive (EU) 2015/2436 of the European Parliament and of the Council of 16 December 2015 to approximate the laws of the Member States relating to trade marks  ("the Trade Marks Directive") which applied to the UK until 23:00 on 31 Fev 2020.   The Act is supplemented by the Trade Marks Rules 2008.

What is a Trade Mark?

"any sign which is capable-
(a) of being represented in the register in a manner which enables the registrar and other competent authorities and the public to determine the clear and precise subject matter of the protection afforded to the proprietor, and
(b) of distinguishing goods or services of one undertaking from those of other undertakings."

Specifically included in the definition are words (including personal names), designs, letters, numerals or the shape of goods or their packaging."

What can be registered?

With a number of exceptions, any sign that falls within the definition of a trade mark can be registered. The exceptions fall into two groups.  Those that are inherently objectionable such as marks that are devoid of distinctive character, offensive or are too similar to royal, national or other protected emblems. Those that are the same as, or similar to, marks that have already been registered or applied for which are used in relation to the same or similar goods or services.

Applications to register a Trade Mark

Applications to register marks may be made online or manually on prescribed forms in relation to specified goods or services. An application can also be made through the World Intellectual Property Organization pursuant to the Madrid Protocol.  It is advisable but not compulsory to instruct a trade mark attorney to file the application (see Jane Lambert  Can I apply for a Trade Mark by myself or must I instruct an Attorney? 31 May 2017 NIPC-Branding).

An applicant may appeal to the Registrar (or chief executive of the IPO) against any decision of the examiner. The Registrar appoints an official known as "a hearing officer" to hear and determine the appeal on his or her behalf.  I described the procedure in If the examiner says "no" - ex parte hearings in the Trade Marks Registry 10 Aug 2015 NIPC London.

If there is no objection by the examiner or if all objections are overcome, the IPO will publish the application in the Trade Marks Journal. Publication gives an opportunity to those who have already registered, or applied to register, the same or a similar mark in respect of the same or similar goods or services, to oppose the application. Those who could prevent the use of a mark by bringing a claim for passing off may also oppose the application.  Alternatively, those who object to an application can make representations to the Registrar without formally opposing it.

Unless the parties can come to terms, oppositions are determined by a hearing officer appointed by the Registrar. I discussed the procedure in Oppositions in the IPO's Trade Marks Registry 12 Aug 2015 NIPC London.

A trade mark is infringed by using in the course of trade:

A registered proprietor may sue an alleged infringer in the civil courts of England and Wales, Scotland or Northern Ireland for an injunction to restrain further infringement and damages or an account of profits and other relief in respect of past infringement. In England and Wales, such proceedings may be brought in the Chancery Division of the High Court of England including the Intellectual Property Enterprise Court ("IPEC") or the County Court. Claims worth £10,000 or less may be brought in the IPEC Small Claims Track. Some trade mark infringements are criminal offences which may be prosecuted in the Crown Court or magistrates courts.

Further information on registered trade marks can be obtained from Jane Lambert on 020 7404 5252 during office hours.