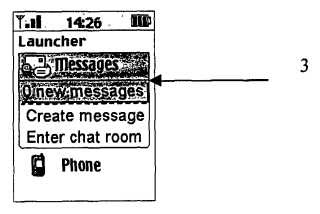 This was a claim for the infringement of British patent GB2365712, The claimant, Conversant Wireless Licensing Sarl, has acquired a large patent portfolio in mobile telecommunications and related technologies (including the patent in suit) which it offers to license.   It alleged that certain features of the user interface of the iPhone infringed the patent.   Apple Inc and its British and Irish subsidiaries denied infringement and challenged the validity of the patent on grounds of obviousness. There was also an application by Conversant to amend the patent mainly by substituting the words "smartp phone" for "computing device" wherever they occurred and adding some wording to Claim 1. The action came on before Mr Justice Birss who tried it on the 4, 5, 6 and 8 Nov and delivered judgment on 29. His lordship found at paragraph [168] of his judgment that Apple would have infringed the patent had it been valid but the patent was bad for want of an inventive step.

The invention for which the patent was granted was summarized as follows in the abstract:

"Computing devices with small screens tend to need data and functionality divided into various views. This may lead to an increased navigation overhead for the user who has to scroll round and switch views to find the right data/functionality. In the present invention, each application 'knows' what its most useful views and states are. These are either determined by the system designer or configured by the user so that the user interface presents what is most useful for them first. The list of these views and states is made available for user access and selection in the application switcher or in a particular 'starting view'. From here the user can not only switch to an application in a standard view, or, 'Base' view, but can select to switch to that application in one of the predetermined views or states, thus obviating the need to navigate, once the application is displayed, to the appropriate view or state."

The claims relied on by the claimant with the proposed amendments in red were as follows:

wherein the device smart phone is also able configured to display, in addition to the main hierarchical menu system, application summary windows for each of several different applications,

wherein the smart phone is configured to, for a given application:

Referring to the amended claims, the judge said at paragraph [88]  that the outstanding issues of construction relevant to what he had to decide were the meanings of "smart phone", "main hierarchical menu system" and "… display, in addition to ..."

As for the meaning of the words "smart phone", the judge said at [98]:

"By the priority date it referred to a hand held device and so had the form factor of a true mobile or PDA. It had to be able to be used as a phone with mobile (i.e. cellular) capability. The screen could be any size, such as at least the size of the flip open screen in the Ericsson R380."

In relation  to the term "main hierarchical menu system", he said at [104] that the skilled reader

"would understand that the main hierarchical menu system was simply the means by which the user is to be presented with the relevant options and would be expected to navigate around it by selecting items from the menu. They would not think it had to be limited to text. It could include pictograms with no text at all and it would still be a main hierarchical menus system even if the pictograms were "icons" or "objects" as strictly so-called within the WIMP paradigm."

With regard to "..... display, in addition to......" his lordship held that they referred to the screen in the above drawing,  The specification had explained that having the application summary window open with one item of the main hierarchical menu above and below it (in this case Launcher and Phone) preserved context for the user.

Apple had already admitted that its iPhone was a "smart phone" within the meaning of claim 1. The judge considered the appearance and functions of Apple's screen and found that they fell within the integers of the claim.  At paragraph [122] the judge said:

Apple and its subsidiaries relined on two items of prior art:  namely an extract from the book "Windows 98 for Dummies" about Microsoft's Outlook Express product and a cellular phone device called SIMON that had been produced by IBM in 1994.  At paragraph [123] Mr Justice Birss directed himself:

"The right approach (Pozzoli) is to identify the inventive concept, identify the person skilled in the art and the common general knowledge, identify the differences between the claim and the cited item of prior art, and then ask whether the claimed invention is obvious in that light."

The inventive concept had been identified when discussing infringement. At paragraph [36] the had identified the persons skilled in the art as a team with experience of designing human device interfaces for mobile phones and other devices.  At [69] he had summarized the team's common general knowledge as follows:

"In summary, the sort of device the skilled team at the priority date would be working on, based on their common general knowledge, would have increased functionality as compared to a true mobile phone. The functions would include a calendar, contacts and email. It would have a larger screen, albeit the screen would still be fairly small and with limited resolution. The input capability would be limited – so there could be a keypad but in addition soft keys or a stylus were part of the common general knowledge. Use "on the go" is one aspect but would not be regarded as the only way the device might be used. The device would have a main hierarchical menu system of some kind for allowing the user to have access to its functions."

"The problem they are seeking to solve is how to accommodate the likely increase in the number and sophistication of applications which will have to be made available on smart phones as compared to traditional mobile telephones. This was a current problem at the time for real skilled teams and no hindsight is involved in posing it."

This was a book published in 1999.  One of the chapters discussed managing Outlook Express and contained screens showing a combination of current data and commonly used functions in a kind of application summary. For instance, under the heading "E-mail" there is data: "1 unread Mail message", and there is a commonly used function: "Create a new Mail message". The user can go straight to the unread mail or create a new mail message by clicking on the underlined text. This is "in addition to" using the main menu system.  Apple submitted that in terms of claim 1 what was presented there were three applications – "E-mail", "Newsgroups" and "Contacts" – as well as application summary information for each application.  The judge was not impressed.  He pointed out that the book was about arrangements for a desktop and not a smart phone. Moreover, the claimant's expert had described the screen as a mess and his lordship agreed.   It was too complex and unwieldy for a mobile phone. The skilled addressees would not have taken that wok into account when considering the problem set out above.

This phone had a stylus that could be used to select programs which were represented by various images:

The technology used in the phone have been old but it had many of the features of a modern smart phone including email with a hierarchical user interface.  At paragraph [154] his lordship said:

"It would be obvious for the skilled team, in the light of their common general knowledge, to realise that they could use the mode of presentation shown here in Simon in a kind of window selected by the user in some way without opening the application. The skilled team's device would retain its ordinary main hierarchical menu system in order to access the application in the conventional manner. The size of screen they were considering on a smart phone could be comparable to the one in Simon although it would be more likely to be quite a bit smaller, but even in that case the idea would still be obvious. Also, an interest in wanting to be able to use the device "on the go" does not make it any less obvious."

He concluded that Claims 1 and 2 were obvious over the SIMON phone.

Anyone wishing to discuss this article or patents generally may call me on 020 7404 5252 during office hours or send me a message through my contact page.
Apple Conversant Wireless Licensing SARL email GB2365712 hierarchical human device interface iPhone menu obviousness phone screen Simon smart Windows 98 for Dummies