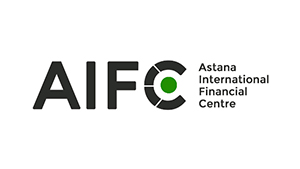 Immediately to the west of China, the Republic of Kazakhstan straddles Europe and Asia. It was therefore logical for the President of China to announce the project now known as the Belt Road Initiative ("QBRI") to build new road, rail, power and telecommunications links between China and Europe on a visit to that country in 2013 (see President Xi Jinping delivers speech at Nazarbayev University  9 Sept 2013 YouTube).

The construction and maintenance of those transport and communications links across Kazakhstan will require enormous investment from China and other countries.  It is likely that disputes will arise from time to time and a forum will be required for their resolution. The Supreme People's Court of China offers The China International Commercial Court at X'ian and Shenzhen but the proceedings are in Chinese before Chinese judges and are determined in accordance with Chinese law.  Not every foreign investor, contractor or service provider will be comfortable with such a tribunal even though the World Bank has recently raised China's global business environment ranking as a result of its judicial reforms (see People's Court News Sun Hang Release time: 2020-06-08  Judiciary boosts China's business environment global ranking).

One option was Hong Kong with an independent judiciary applying the English common law.  As the Hong Kong government's website on the Belt Road Initiative makes clear, Hong Kong brings many advantages to the project, not least of which is its "robust common law system, with abundant legal professionals and international expertise. Hong Kong is a leading centre for international legal services and dispute resolution in the Asia- Pacific, with highly regarded arbitration and mediation services." Those advantages may be blunted if the USA imposes sanctions on Hong Kong as a result of the Chinese security law,

There is now another possibility. For the last two years, an English speaking common law court has existed in the Astana International Financial Centre ("AIFC") of Nur-Sultan in Kazakhstan. The AIFC Court appears to have been modelled on similar courts in Dubai, Qatar and Abu Dhabi which I follow in NIPC Gulf.  It consists of a Court of First Instance, a Small Claims Court and a Court of Appeal.  Lord Mance is the Chief Justice.  There are 8 puisne judges including Sir Robin Jacob,  Sir Jack Beatson, Sir Stephen Richards and Lord Faulks QC. Messrs Andrew Spink QC, Thomas Montague Smith QC and Charles Banner QC sit in both the Court of First Instance and the Small Claims Court. Ms Patricia Edwards sits exclusively in the Small Claims Court.

Only two judgments have been published.  One was for the payment of just under 45 million tenge which came before Mr Montagie Smith QC.  The other was an order not to dispose of funds or assets which was made by Sir Robin Jacob.

Unlike the DIFC which has recently enacted an Intellectual Property Law, there is no specific IP legislation for the AIFC.  However, art 37 of the Law of Obligations prohibits breaches of confidence and arts 39 to 40 prohibit passing off.  Kazakhstan is party to the Eurasian Patent Organization which issues patents which are valid in all member states. The country has recently adopted new laws on patents, trade marks, copyrights and other IP rights. There is no reason why IP licences should not provide for disputes to be determined by the AIFC courts in accordance with AIFC law. Nor is there any reason why parties to a dispute should not agree to refer an existing IP dispute to arbitration to be determined in accordance with AIFC kaw,   More or less anyone with a practising certificate in his or her own country can register as a practitioner in then AIFC Court.

Anyone wishing to discuss this topic or the Belt Road Initiative may call my clerk on  +44(0)7986 948267 or send me a message through my contact page while this emergency continues, I shall gladly respond by phone, VoIP or email.
Astana International Financial Centre Belt BRI Bur-Sultan court Hong Kong Initiative Kazakhstan legislation Road sanctions security Shenzhen The China International Commercial Court X'ian Xi Jinping