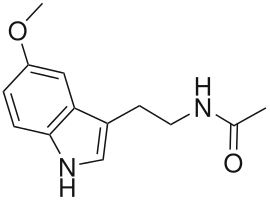 This was an application by Neurim Pharmaceuticals (1991) Ltd. ("Neurim"), the registered proprietor of European patent (UK) number 1441702 and Flynn Pharma Ltd. ("Flynn") the proprietor's exclusive licensee for an interim injunction to restrain until trial or further order the generics manufacturer, Mylan, from taking steps that might infringe that patent.  The application was heard online by Mr Justice Marcus Smith on 20 May 2020. He handed down his judgment on 3 June 2020.

The Dispute
The claimants manufactured and distributed a product called "Circadin" which is protected by the patent. Mylan has obtained marketing authorization for a generic version of Circadin and cleared one of the obstacles to the launch of its product by obtaining the revocation of the patent in the European Patent Office's Opposition Division. Neurim has appealed that decision but its appeal is unlikely to be heard until 2022 which is just about the time the patent is due to expire.  Although Mylan has not announced a date for its product launch, Neurim and Flynn have issued quia timet infringement proceedings against Mylan and brought this application. In these proceedings, Mylan has counterclaimed for revocation of the patent.  The action and counterclaim will come on for trial in October.

Notwithstanding the revocation of the patent by the Opposition Division, there was no doubt in the judge's mind that the validity of the patent and whether it had been infringed raised serious issues to be tried. The point was conceded by Mylan in oral argument and the judge would not allow them to resile from that concession.  He referred to Buehler AG v Chronos Richardson Ltd. 1998] RPC 609 at 616 in which the Court of Appeal had held that the dismissal of opposition proceedings in the European Patent Office did not preclude the contesting of validity of a European patent (UK) in the English courts and held that the converse must be true.

As there was no question of Mylan's ability to meet any damages award that might be awarded against it. the issue before the judge was whether damages would be an adequate remedy for the claimants.  The contended that competition from a generic product would require them to reduce the price of their product and hence their profits in the run-up to trial and that they would be unlikely to make good those losses after trial even if they obtained a perpetual injunction.  His lordship accepted that that would be the case at paragraph [68] of his judgment, but concluded that damages for such loss could be computed.  Neurim and Flynn argued that special factors applied such as the effect of the entry of other generics suppliers into the market and the ability of Neurim to fund the development of new products. The judge held that there was no reason why damages could not be recovered for those losses as they could for any other.   Concluding that damages would be an adequate remedy it followed that the application failed at stage 2 of Lord Diplock's guidelines.

Although his decision on the adequacy of damages for Neurim and Flynn effectively disposed of the application, the judge considered the adequacy for Mylan of a cross-undertaking as to damages.  He found it would be more difficult to consider the defendants' losses for the following reasons:

"(1) Neurim and Flynn know the market in which they are selling. If Mylan compete with Neurim and Flynn through the Generic Product, and Neurim's and Flynn's volume of sales and unit price falls, the inference that this has been caused by the new entrant to the market will be an obvious one.
(2) Whilst no doubt Mylan have plans as to how to enter the market, and have made forecasts as to what sales revenues they might hope to generate from the sale of the Generic Product, these will be projections of an altogether more uncertain nature compared to the assessment of Neurim's and Flynn's losses in Period 1.
(3) More to the point, if enjoined, Mylan will lose the advantage of the 'first mover'. As I have noted, Mylan's interest in the Circadin/Slenyto market is one that is likely to be replicated in other manufacturers of generic drugs. The effect of an interim injunction would be to remove or diminish Mylan's "first mover" advantage. Thus, were an interim injunction to be granted, but the Patent to be invalidated at trial, Mylan would lose its advantage and start on an equal footing with its rivals. The "first mover" advantage, Mylan contended, was impossible to quantify in damages. Although I do not accept that damages would be "impossible" to quantify, I have some sympathy with this submission."

Had it been necessary to decide the following issues, his lordship set out his views on the balance of convenience at paragraph [91]:

(1)  Though it would be more difficult to compute the damages that should have been awarded to Mylan on a cross-undertaking as to damages he did not say that it could not be done or that such an award would be inadequate.
(2)  The disparity in the parties' size or financial strength was not a relevant consideration.  The judge added that it might have been had Neurim or Flynn been unable to carry on their business without an interim injunction.
(3)  He considered that Mylan could have done more to clear the way than opposing the grant in the EPO and seeking marketing authorization, but that was a matter than could be considered in the inquiry as to damages.
(4)  While the status quo was a factor in favour of an injunction it was outweighed by other considerations.

Comment
I was surprised by the learned judge's remarks on the status of opposition proceedings in the EPO. His finding that there was a triable issue, in this case, can be justified by Mylan's concession and also by the fact that there was an appeal against the Opposition Division's decision. Buehler's case decided that the decision of the Opposition Division not to revoke a patent did not preclude a revocation action in an English court but it does not follow that the converse was true.  Could a patentee who failed to appeal pursue an infringement claim after his European patent had been revoked?  The EPO is more than a foreign court.  It is an agent of the governments of the contracting parties including the government of the UK.