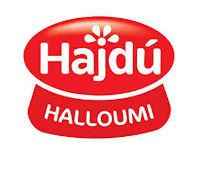 The goods for which registration was sought were milk and milk products; dairy and dairy products; cheese and cheese products in class 29.

The Foundation opposed the application under s.5 (2) and (3) of the Trade Marks Act 1994.   The mark upon which it relied was the word HALLOUMI. That mark had been registered for cheese in class 29 as an EU registered collective mark under trade mark number EU001082965.   The hearing officer dismissed the opposition under both subsections. Notwithstanding the similarity of the goods and the similarity of the marks she found that there was no likelihood of direct or indirect confusion for the purposes of s5 (2). Her finding under s.5 (3) was not challenged.

The Foundation appealed on the following grounds:

The Court's Reformulation of the Grounds of Appeal
At paragraph [15 (3)] of his judgment, Mr Justice Marcus Smith said that the essence of the appeal was that the hearing officer did not have proper regard for the fact that was that the opponent's mark was a collective mark.  Such marks differ from other trade marks in several respects.  In particular, art 74 (2) of the regulation under which the Foundation's mark was registered provided:
"By way of derogation from Article 7 (1) (c), signs or indications which may serve, in trade, to designate the geographical origin of the goods or services may constitute EU collective marks within the meaning of paragraph (1).."

In other words, signs that would normally be precluded from registration for lack of distinctiveness may be registered as collective marks.
A court may not ignore an earlier registration in s.5 (2) proceedings even if it believes that it should never have been granted.  Referring to Case C-196/11 P, Formula One Licensing BV v. Office for Harmonisation in the Internal Market (Trade Marks and Designs) [2012] EUECJ C-196/11_P, his lordship directed himself that it is impermissible to assert, in opposition proceedings, an absolute ground for refusing to register the earlier mark.  He reasoned that that same rule must apply to cases where the earlier mark is a collective mark which would never have been registered otherwise.
The judge said that the hearing officer has been right to find that a collective mark does not enjoy increased protection on the strength of the Court of Justice's dicta between paras [71] and [73] in Case C-766/18 P, Foundation for the Protection of the Traditional Cheese of Cyprus named Halloumi v. European Union Intellectual Property Office (EUIPO). CLI:EU:C:2020:170, [2020] EUECJ C-766/18P, EU:C:2020:170.   At paragraph [73] of its judgment, the court said:

"Article 66 (2) of Regulation No 207/2009 is not an exception to that requirement of distinctiveness. While that provision permits, by way of derogation from Article 7 (1) (c) of that Regulation, registration as EU collective marks of signs which may serve to designate the geographical origin of goods or services, it does not, on the other hand, allow the signs thus registered to be devoid of distinctiveness. Where an association applies for a registration, as an EU collective mark, of a sign which may designate a geographical origin, it is therefore incumbent on it to ensure that that sign has elements which enable the consumer to distinguish the goods or services of its members from those of other undertakings."
At paragraph [15 (3}] of his judgment, Mr Justice Marcus Smith had said:
"In short, the word "HALLOUMI" was intended to distinguish the Cheese product of the members of the association (the Foundation) which is the proprietor of the Mark from those of other undertakings."

The representation made by the mark was that users of the HALLOUMI mark must be members of the Foundation.
Failure to Consider the "Special" Nature of EU Collective Marks
The learned judge said at [41]:

It was submitted that that error might have been avoided had the hearing officer accepted the Foundation's submission that the average consumer was a trader in cheese rather than "a member of the general public, who would select the goods themselves from the supermarket shelves or on-line from a website."   Such a trader might be expected to know about the Foundation's registration and spotted the misrepresentation.  The judge rejected that contention.  Nothing in the hearing officer's decision precluded the possibility of a trader being an average consumer.   However, he did accept that

"she failed to take any or (at least) any proper account of the fact that the Foundation's Mark was a collective mark in her assessment of the identity of the average consumer. As is clear from the evidence adduced by the Foundation, a trade consumer (like a supermarket) would be aware of the difference between an EU collective mark (as designating the product of an association of producers, governed by the specific rules of that association) and an EUTM (designating a single undertaking as the origin of the product)."
Conclusion
At paragraph [58] Mr Justice Marcus Smith said: