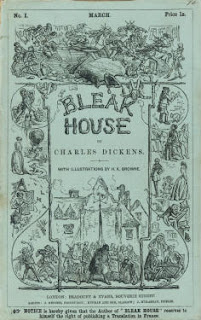 Interest rei publicae ut sit finis litium.  This pithy maxim is usually trotted out in res judicata cases but it can apply equally to a claim such as this.  It might even apply to attempts to frustrate the outcome of the recent US presidential election.
According to the transcript, the claimants are about to launch a treatment for osteoarthritis called fasinumab.  They were prevented from doing so by three patents, namely:
The claimants applied for revocation of those patents to clear the way for the marketing of their treatment.  Two points to note about the patents is that the second and third of those patents were divisionals of the first and that all three patents were for second medical uses of known medicaments.
The defendant had counterclaimed for infringement of the first patent but not for infringement of the other two.  At the case management conference the claimants sought an order requiring the defendant to counterclaim for infringement of the other two patents at this stage or not at all.  The claimants sought the order for two reasons. The first is that an infringement counterclaim would enable the second claimant to intervene in opposition proceedings under art 105 of the European Patent Convention.  The second was "that, as a matter of good case management, if a counterclaim for infringement in these circumstances can be brought at this stage, it should be. Although in some cases it proves not to be possible, it will be much better in the overall scheme of things for all matters to be resolved in one go at one trial."
The defendant objected to the requested order on the ground that it was not yet in a position to bring a counterclaim for infringement of the latter two patents because it did not have enough information on which to do so. In particular, there was no draft label available, that is to say, marketing authorization label, Nor was there sufficient clinical data from the claimants to allow the defendant to bring a counterclaim.

Mr Justice Birss, who took the case management conference, set out the considerations at paragraph [7] of his judgment in Regeneron Pharmaceuticals, Inc. and another  v Rinat Neuroscience Corp. [2020] EWHC 3359 (Pat) (7 Dec 2020):

"First of all, the overall principle I should apply is the overriding objective, which is to deal with cases justly and at proportionate cost. In my judgment, in cases of this kind it is clearly right that if all issues which might arise can be resolved in one go at trial, then that is preferable. Accordingly, there would be sound case management reasons for requiring infringement claims to be brought at this stage, if that is otherwise appropriate. However, of course, if it really is the case that the patentee cannot bring a claim because it does not have sufficient information to do so, then of course it is obviously right that the court should not be forcing someone to bring a claim it is not in a position to bring."

The claimants replied that they had already conceded that their dealings in fasinumab would infringe claim 24 of 711.  They contended that the defendant did have a sufficient basis to bring a claim for infringement on claim 24, and, since it did, it should be required to do so now.

"The position is, and should be, that a party in a position to bring a claim like that in a case like this should bring it. I will accordingly make the order sought by the claimants."

He could not, of course, force the defendants to bring a counterclaim on any other issue but the claimants could protect themselves by seeking a declaration of non-infringement when a draft label or marketing authorization became available. Id necessary, they could then call upon the defendant to counterclaim for infringement of other claims.

Although the issue arose in a patent case the principle that all issues of a dispute that can arise should be resolved in the same proceedings in accordance with the overriding objective clearly applies to all litigation. Should anyone wish to discuss this case, he or she should call me on +44 (0)20 7404 5252 or send me a message through my contact page.
Bleak House case management Fasinumab overriding objective patents Regeneron Rinat