The first claimant has registered the following sign in the EU and UK as trade marks for clothes and various other goods. The second claimant is its exclusive licensee. 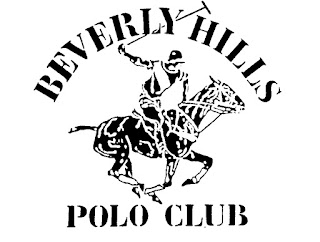 They have brought proceedings in the Intellectual Property Enterprise Court ("IPEC") alleging trade mark infringement and passing off arising from the use of the following mark in the UK:

Disputes had arisen between the previous owners of the Beverly Hills mark and the registered proprietor of the Santa Barbara mark,  These were settled in 1997 by a co-existence agreement which was governed by California law.  Clause 7 of that agreement contained the following provision:

"Any controversy, dispute or claim with regard to, arising out of, or relating to this Agreement, including but not limited to its scope or meaning, breach, or the existence of a curable breach, shall be resolved by arbitration in Los Angeles, California, in accordance with the rules of the American Arbitration Association. Any judgment upon an arbitration award may be entered in any court having jurisdiction over the parties."
Relying on that clause, the defendants applied for a stay of the infringement and passing off proceedings.  The application was heard by His Honour Judge Hacon who delivered judgment on 30 Nov 2020.
The claimants opposed the application on the grounds that they had not been party to the agreement and had acquired their trade marks without notice of it.  They contended that the court had no jurisdiction to stay the action under s.9 of the Arbitration Act 1996.  The judge responded to that argument as follows at paragraph [32]:
"The correct view may be that a person is party to an arbitration agreement within the meaning of the 1996 Act if, according to the law governing the agreement he is party to it, or, alternatively and more broadly, if he is bound by the arbitration agreement under that law. I will turn later to both those matters."

"Lifestyle Equities, C.V. (through its predecessor entity), and SBPC are parties to a worldwide coexistence agreement dated October 6, 1997, and pursuant to that agreement SBPC consents to this registration."

While the claimants may not have been party to the 1997 agreement they certainly appear to have adopted it in order to register their mark in Mexico.
As the question whether the claimants were bound by the 1997 agreement depended on whether English and EU or California law applied, Judge Hacon tuned to that issue.  The claimants had argued that English and EU law applied as the trade marks were registered at the UK and EU Intellectual Property Offices citing rule 135 (2) of the 15th edition of Dicey, Morris & Collins on the Conflict of Laws in support of their contention:

"But in other cases (semble), the validity and effect of an assignment of an intangible may be governed by the law with which the right assigned has its most significant connection."
They also referred to paragraphs 24-051 and 24-069 of that textbook.  The judge was not persuaded by their argument,  He said at [51[:
"I do not see that either passage assists the claimants' argument. Clause (2) is discussed in paragraphs 24-064 to 24-074, which paragraphs are largely concerned with intangibles other than IP. The relatively short section on the assignment of intellectual property rights, paragraph 24-069, from which the second passage quoted above was taken, does not seem to me to assist the claimants."
He considered rule 64 of Dicey to be relevant:

Anyone wishing to discuss this article or arbitration and trade mark law generally may call me on +44 (0)20 7404 5252 or send me a message through my contact page.
arbitration Arbitration Act 1996 coexistence conflict Dicey Hornby Street infringement IPEC Lifestyle Equities Passing off s.9. agreement stay Trade Marks